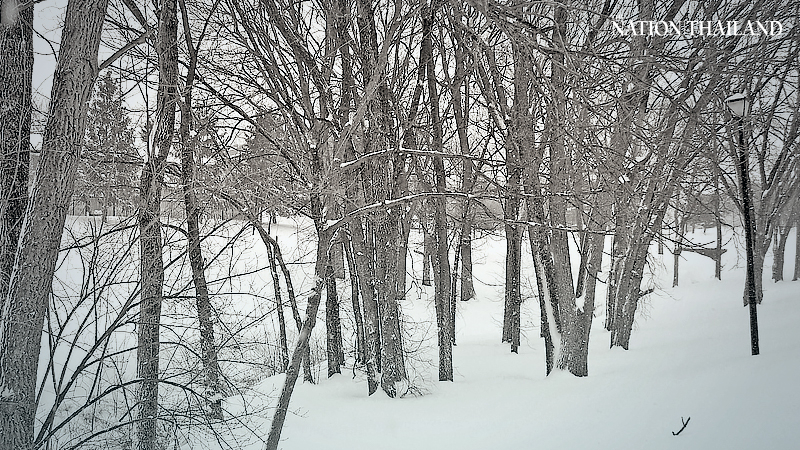 The cold has killed the young and the old. It has claimed lives from southern Texas to northern Ohio. And authorities expect the toll to rise in the coming days, with frigid weather lingering, hundreds of thousands without electricity and millions without clean water.

The two major winter storms that have plunged most of the United States into an Arctic chill have killed at least 58 people since Sunday, according to data compiled by The Washington Post. More than half of them - 32 - lived in Texas, where persistent power outages have exposed residents to bitter temperatures.

Texans are well-versed in hurricanes and heat waves, but snowstorms and frigid temperatures are rare. Last week's weather was what some have called a once-in-a-generation event.

The Post's data includes deaths confirmed or suspected to be linked to the weather and its attendant hardships, and the true number is undoubtedly higher than what is known so far. Some first responders worry about what they'll find in their next week's worth of wellness checks.

In Taylor County, Texas, Sheriff Ricky Bishop said his officers have been checking on residents for days, delivering food and water and following up with them later to make sure they're all right. Already, they've found three people dead.

"There's definitely that possibility that over the next week or two we could find some more that we don't know about right now," Bishop said.

The identities of most victims still aren't known. Authorities have confirmed the ages of fewer than half, but of those, 23 were 50 or older and six were 85 and older. Eight states have at least one confirmed death.

Some died while trying to keep warm. An early-morning house fire in Sugar Land, Texas, killed a woman and her three grandchildren as they were huddled near their fireplace.

Douglas Adolph, a spokesman for the city, said the exact cause of the fire is under investigation, but he noted that fireplaces in the area - where winter temperatures typically hover in the 60s - are not meant to burn for hours or heat a home.They tend to be "small and aesthetic in nature," he said.

Where the weather is coldest, some resorted to risky, last-ditch attempts to escape the cold.

"It's heartbreaking," Harris County Judge Lina Hidalgo said in a news conference this week, tallying hundreds of 911 calls about gas poisoning. "This carbon monoxide poisoning is a disaster within a disaster."

Others seem to have frozen to death. At least 17 people died of hypothermia or "exposure." Some of them were among society's most vulnerable.

Early Thursday, a man was found lifeless in a parking lot north of Houston. He was wearing a jacket with no shirt beneath, authorities said. He had no shoes and no socks.

About 350 miles northwest, in Abilene, another person was found dead whom the local fire chief described as "a transient" who had been sleeping outside.

Even those with shelter succumbed.

In rural eastern Kentucky, two elderly women from Ashland - a city of 20,000 on the banks of the Ohio River - died in 48 hours, both of hypothermia. One woman, age 77, lost power in her home, Boyd County Coroner Mark Hammond said. Her family, blocked by ice and felled trees, couldn't reach her and couldn't contact her. She was found on Wednesday.

Still others have died in cold weather accidents - in cars and on foot.

In Louisiana, a 77-year-old man in Calcasieu Parish, where Lake Charles is located, slipped, fell into a pool and drowned. And in Lafayette Parish, a 50-year-old man died after slipping on ice and slamming his head on the ground.

A 10-year-old boy died in Shelby County, Tenn., after falling through ice into a pond with his 6-year-old sister, who is in critical condition. When authorities arrived at the scene, it was just 14 degrees.

That boy is one of three known victims under the age of 12. The youngest was 5, one of the three children killed in the Sugar Land house fire. Another, identified by Univision as Cristian Piñeda, was 11. His mother had just managed to get Cristian from Honduras to Texas so the two could live together, she told the outlet. With no electricity, she tried to cover him with blankets as best she could.

It was 12 degrees when Cristian's mother put him to bed Monday night. He never woke up.