A 41-year-old alleged illegal logger was killed when a tree his gang was cutting in Nakhon Ratchasima province fell on him.

Wang Nam Khiao Forest Protection Unit were alerted on Sunday to illegal logging in Pa Phu Luang national forest land in Wang Nam Khiao district of Nakhon Ratchasima province. They rushed to investigate the scene and found a suspect and the body of his dead colleague, along with a chainsaw and 24 logs of Siamese rosewood.

“Jakkaphong Mang-yuan, aged 26 years, a local of Khon Kaen province said that his colleague Suthin Laoklang, aged 41 years, was killed by a falling Siamese rosewood tree that he and the gang had helped cut down,” said Aram Manchaona, the unit commander. 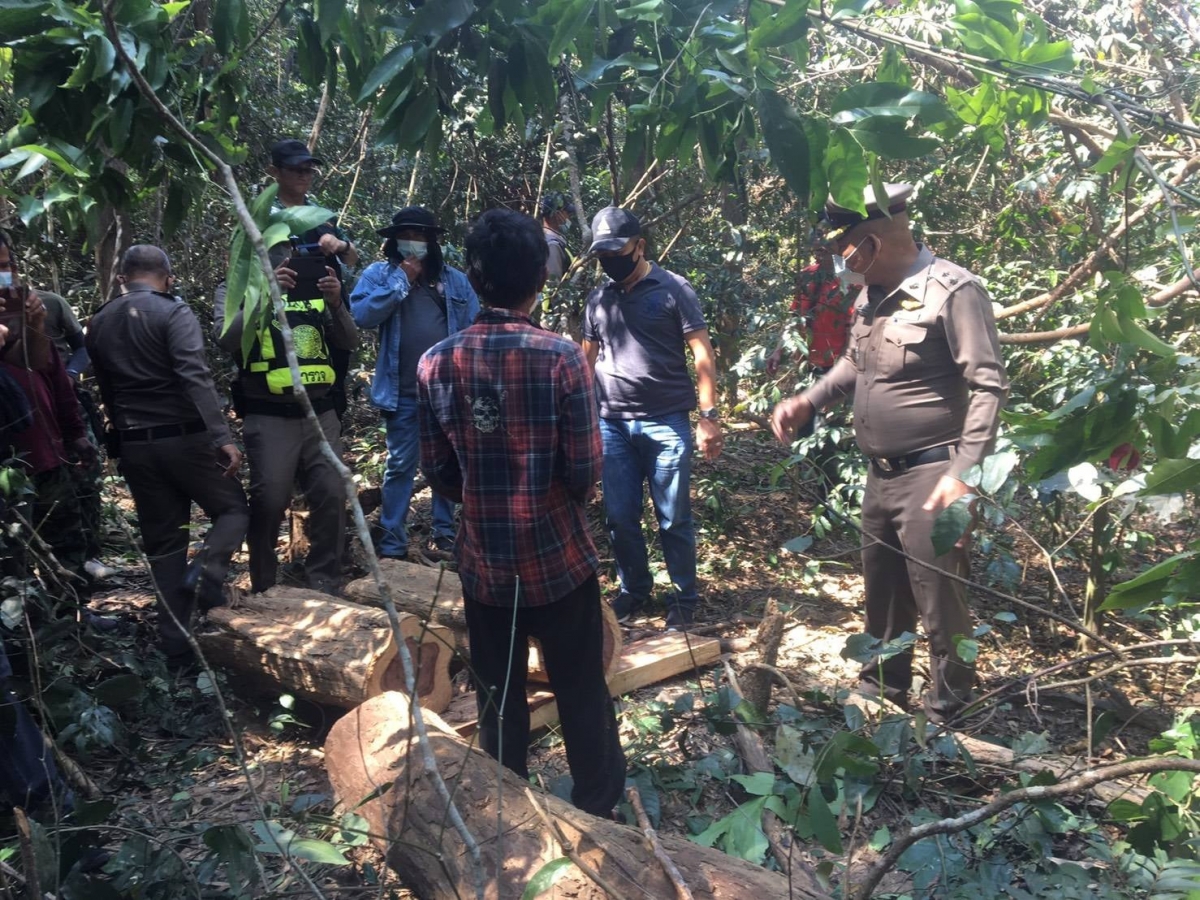 Jakkaphong reportedly said at the scene that the logging gang comprised seven people, but after the death of Suthin the other five fled the scene. Officials are scouring the area to track down the other suspects.

Jakkaphong was taken to Udomsub Police Station and charged with logging on national forest land. However, he later changed his statement and said his logging gang comprised 10 people, including himself and the deceased.