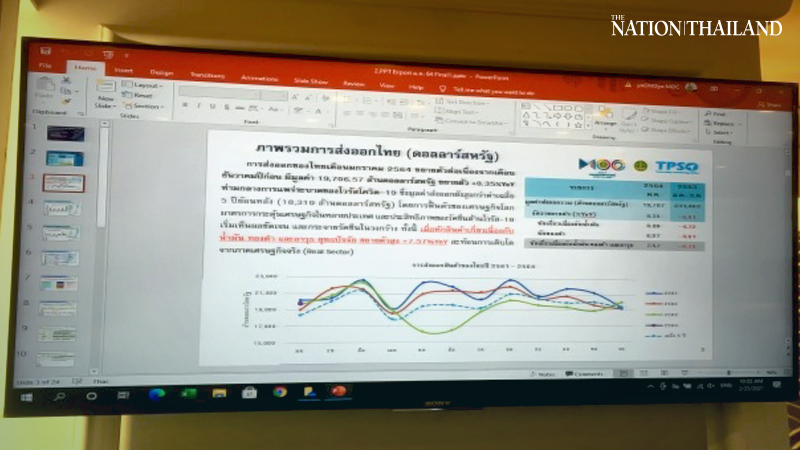 He said exports entered positive territory thanks to global trade recovery, as the economy of many countries has recovered, especially in Asia.

"Export of products related to agriculture, working from home and Covid-19 have all expanded,” he said.

However, he warned that Thailand’s export sector will face pressure if there is a new round of Covid-19 infections.

"However, the Commerce Ministry expects the country's exports this year to expand by 4 per cent," he added.