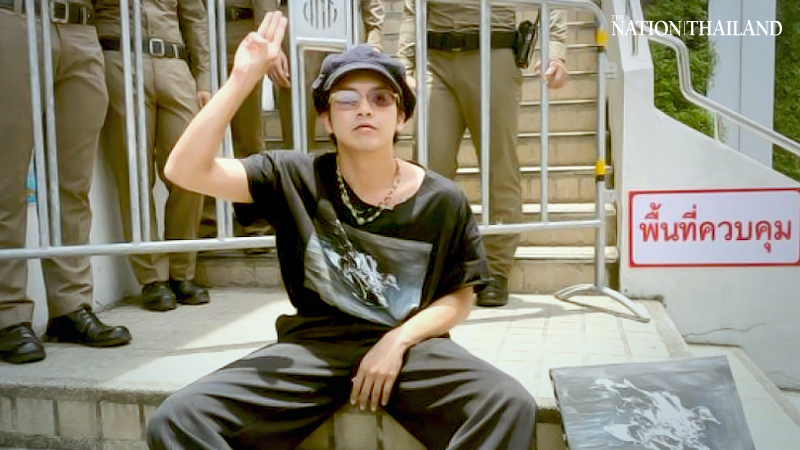 The Criminal Court on Wednesday denied bail for Bottom Blues singer Chaiamorn “Ammy” Kaewwiboonpan after he was arrested at Ratchathani Hospital in Ayutthaya province on Tuesday for alleged arson and violation of the Criminal Code Section 112 (lese majeste) and the Computer Crime Act.

Police arrested Chaiamorn as they believed he was one of the three suspects who set fire to pictures of the royal family in front of Khlong Prem Central Prison in Bangkok’s Chatuchak district on the night of February 28 before fleeing the scene in a car.

Chaiamorn’s mother had proposed bail of Bt90,000, but the court denied it, reasoning that the suspect has a high tendency to escape. The court, however, allowed Chaiamorn to stay for 12 days at the Police General Hospital in Bangkok’s Pathumwan district under police custody to treat wounds which he reportedly sustained from a high fall.

Chaiamorn’s mother reportedly said she would propose collateral of Bt500,000 on Thursday in another attempt to bail him out.

Investigation officers said that on Thursday they would consult the doctor responsible for Chaiamorn’s treatment to see if he could be discharged and transported to Bangkok Remand Prison, provided that the court again denies bail following a second plea today.