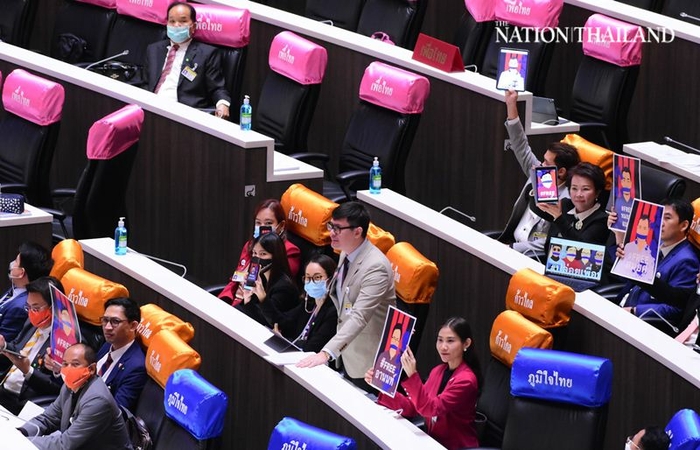 Opposition Move Forward MPs interrupted Wednesday’s session of Parliament by holding up photos of pro-democracy activists to protest their imprisonment.

The move came a day after the court denied bail for eight protest leaders charged with lese majeste over their participation in rallies calling for monarchy reform last year. The court cited the risk of protest leaders repeating their alleged crimes if they were released.

Move Forward MPs were in Parliament for the third and final reading of the draft Constitution amendment bill. The final vote on the bill is due tomorrow.