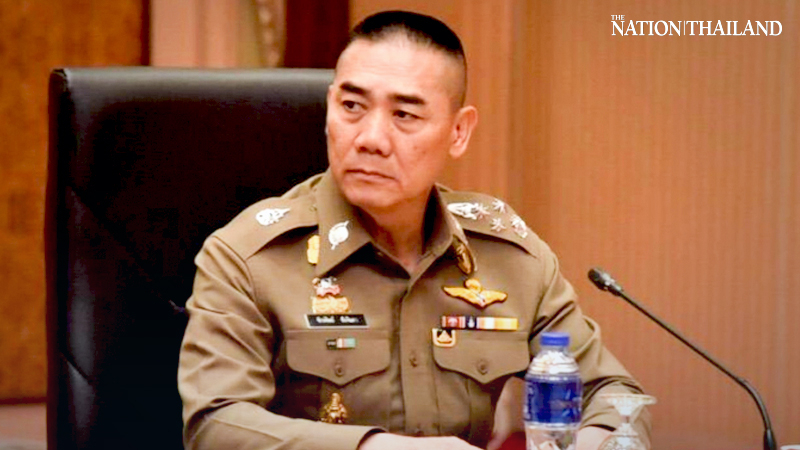 Former National Police chief Pol General Chakthip Chaijinda announced on Sunday that he would run for Bangkok governor as an independent candidate despite having been approached by Palang Pracharath Party to be their candidate.

“Palang Pracharath leader General Prawit Wongsuwan had earlier contacted me and invited me to run for governor if I had nothing to do,” said Chakthip. “I did not accept his invitation, as I had no plan to run for governor at that time. But now I think I will run as an independent.”

Chakthip added that he planned to use his knowledge and experience gained from working as National Police chief to solve problems in Bangkok, especially traffic, waste management and general safety.

“I will use four pillars for my campaign: sincerity, transparency, listening to every concerned party, and using knowledge and experience to solve the problems,” he added.

“I have started visiting the locals in the past few months to listen to their problems, which might put me at a disadvantage compared to other candidates who have been campaigning for longer. However, I still have an edge from my past experience of working in Bangkok areas, which helps me know about all the underlying problems.”

When asked about the possibility of voters seeing him as the government’s nominee for the governor's office due to his long association with Prime Minister General Prayut Cha-o-cha and Deputy PM Prawit, the former National Police chief said that he had no immediate plan to join any political party. “Besides, there are examples of people who were acquaintances but ended up in different political parties,” he added.