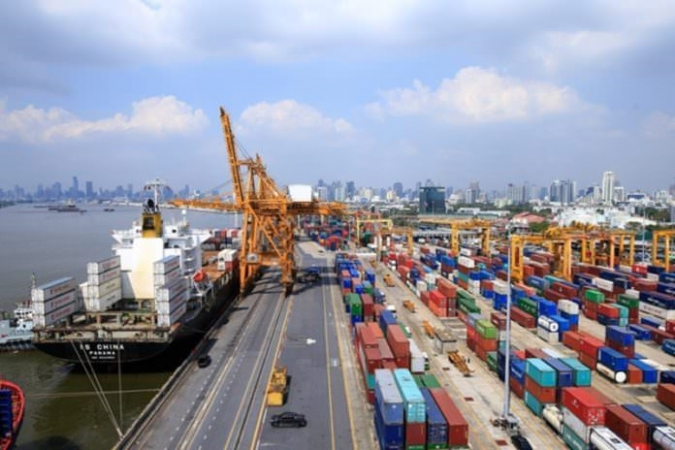 The Thai National Shippers’ Council (TNSC) on Tuesday revealed Thailand’s export in May reached US$21.017 billion, down 5.8 per cent compared to the same month of 2018. Meanwhile, the export in value of baht reached Bt663.647 billion in May this year, down 4.0 per cent year on year.

Thus, Thailand’s trade surplus for May was $182 million, while in baht value, the country posted a trade deficit of Bt3.163 billion.

Major positive factors for Thailand’s export are the country’s chairmanship of Asean this year and its strong support for completion this year of the Regional Comprehensive Economic Partnership (RCEP).

The total trade among RCEP members is worth more than $10 trillion or 29 per cent of the global trade value. Thailand’s exports are still expanding very well in many markets, especially with India and rising markets including Canada, Russia and the Commonwealth of Independent States, particularly in agricultural products, foods, beverages and cosmetic products.

The World Trade Organisation (WTO)’s ruling against China’s use of tariff-rate quotas for rice, wheat and corn, as accused by the US, will create an opportunity for Thailand to export more rice to China, according to the Shippers’ Council. The Commerce Ministry also has a policy to help those manufacturers experiencing negative impacts from the Free Trade Area (FTA) agreements with a FTA Fund set to raise their competitiveness.

Meanwhile, the risk factors include the high fluctuation of the baht, the trade war between the US and China, as well as the fluctuation of oil prices raised by the US ban against Iran.