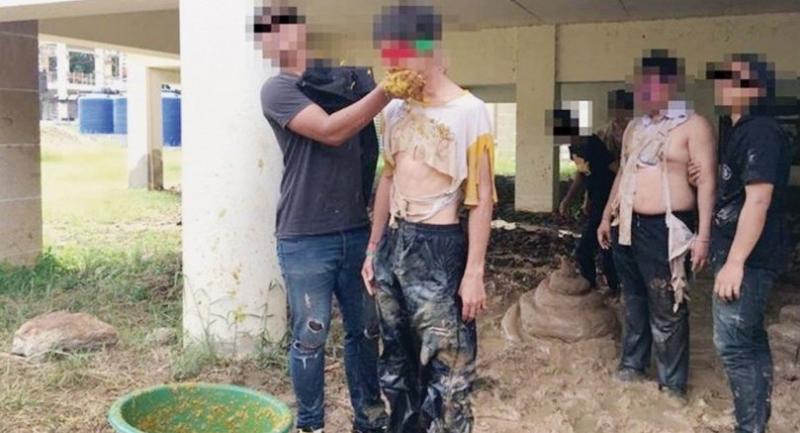 First-year students, especially in universities outside Bangkok, are often forced to behave in a certain way, and are sometimes ordered by their seniors to humiliate themselves and trained as if they were serving in a military.

This year is just another year in which we witness a compromise on the infamous Thai university culture of hazing, referred to at Thai universities as “rub-nong”. Although the severity of hazing has gradually scaled down with each annual intake, concerns remain over the violation of human rights and the humiliation of human dignity on campuses, as well as criticism about whether this culture of hazing benefits the students’ ability to learn at all.

This culture is criticised for violating human rights because of a mechanism called the “SOTUS system” (seniority, order, tradition, unity, spirit). This does not simply translate as respect for senior students in order to maintain a hierarchy on campus, but insinuates a form of social suppression for first year students, and treats them as inferior.

Despite rules and regulations to promote and protect human rights at Thai universities developed by the Office of the Higher Education Commission (OHEC) and the Ministry of Education (MOE), there are violations every year, and in some cases there are even fatalities. Will Thai universities continue to compromise on their infamous rub-nong, and allow it to pass on to another generation, even whilst there are increasing numbers of student voices in opposition to it?

All Thai universities claim to strictly implement the rules and regulations of the OHEC and the MOE, and maintain that they actively protect first-year students’ human rights. However, university executives across the country have typically turned a blind eye to such violations on university campuses.

First-year students, especially in universities outside Bangkok, are often forced to behave in a certain way, and are sometimes ordered by their seniors to humiliate themselves and trained as if they were serving in a military.

Eradication of this Thai university culture is not inevitable in the foreseeable future, because it has been both openly and secretly supported by many Thai academics in universities and schools, and also by Thai authorities who believe that this culture helps to reinforce Thailand’s hierarchical structure.

Therefore, the promotion and protection of human rights and human dignity are compromised and sacrificed for perceived campus unity as students conform to SOTUS and remain obedient to their seniors. Thai universities work as machines to reproduce and clone an obedient population for the country instead of equipping younger generations with the knowledge to empower themselves and improve the country.

Supporters of this SOTUS culture, including students, university lecturers and the general public, are deluded by the romantic idea of the Thai concept of “family”, regarded as a core Thai value, especially the concept of “brothers and sisters”. This fantasy ignores the fact that the SOTUS culture involves many elements of human rights violations.

In Thailand, this concept does not simply mean love, affection and kindness between family members, supporting each other in difficult times, but also includes obedience. Under the SOTUS culture, a “family” carries a strong connotation of “obedience” and “submission” towards senior members, while “inferior” members should be looked after by their seniors. Consequently, this university culture acts as a catalyst for the establishment and reinforcement of a Thai patronage system via a romantic delusion.

The concept of professionalism and meritocracy in the Thai labour market and the Thai bureaucracy, in which knowledge, skills and devotion are crucial in getting a job or a promotion, is undermined by the SOTUS culture which directly and indirectly perpetuates the patronage system. This is ironic because a vast majority of students are opposed to the Thai patronage system, while simultaneously hoping to benefit from it in one way or another. This allows the SOTUS culture to maintain its momentum on campus.

A call for the eradication of this culture has been growing among younger generations and human rights defenders. For example, the Anti-SOTUS Facebook page has garnered almost 300,000 “likes” and “followers”. However, a social media campaign is ineffective under the current political circumstances in which the country is controlled by the military.

Indeed, allowing SOTUS to continue works for, not against, the military government because many students opposed to the 2014 coup d’etat accept the SOTUS culture. Insofar as the military is concerned, the SOTUS system serves to reinforce subservience and obedience in wider society.

Thai universities can no longer afford to allow the SOTUS culture to persist and reproduce obedient graduates, because the ability to question and challenge seniority or authority is important, and is necessary for Thailand’s future development.

After the introduction of the first National Economic and Social Development Plan in 1961, it took Thailand at least another 35 years to realise that an active population is crucial for development. Consequently, in 1997 the country emphasised human development in its eighth plan. It aimed at substantive educational reforms, specifically in relation to both learning and teaching processes in order to generate active learners. But, after two decades of this ambition, university students remain mostly unchanged.

The persistence of SOTUS will only delay this process and constrain the ability of university students to learn and question.

It is now time for Thai universities to take real action against it, or otherwise let this decay continue to erode the future of the country and its students.

TITIPOL PHAKDEEWANICH is dean of the Faculty of Political Science at Ubon Ratchathani University, and a visiting fellow at the Centre for the Study of Globalisation and Regionalisation at the University of Warwick in England.