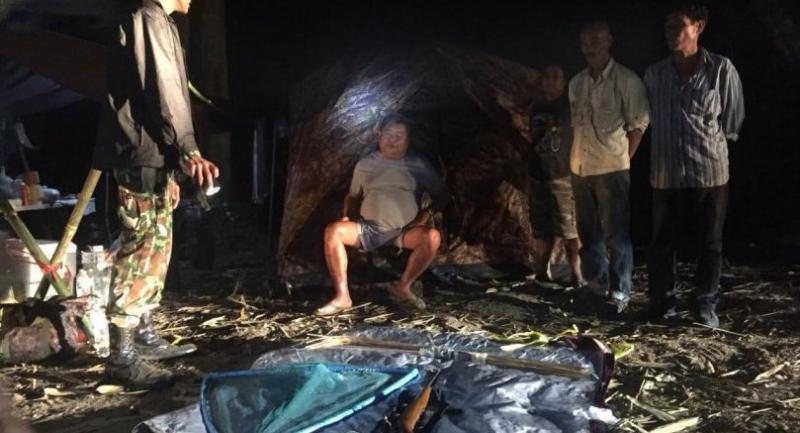 As there are rarely any witnesses to the crimes, wildlife forensics in recent years has played an increasing role in resolving wildlife crimes in Thai forests.

Since forensic investigation in such instances first came into play in the elephant killing cases in Thailand’s largest national park of Kaeng Krachan in early 2010s, wildlife forensics has been applied extensively, especially during the investigation, of which its results are used to accompany police investigation files to be submitted for prosecution.

“Since wildlife crimes take place largely out of sight, wildlife forensics becomes a significant jigzaw in solving them. The evidence obtained at the scene might be the only thing that helps tell the story,” said Pol General Jarumporn Suramanee, who helped pioneer the knowledge in Thailand.

“In fact, evidence is more reliable, compared with witnesses, whose words can be reversed due to fears, or other drives. More critically, the victims of wildlife crimes can’t speak, and that’s why we need the evidence to speak for them.”

According to Jarumporn, a member of an ad-hoc panel of the National Wildlife Protection and Preservation Committee appointed to follow up on the black leopard case that resurfaced early last year, wildlife forensics follows the same tenets as those used in human crimes.

Jarumporn who previously served as commissioner of the Office of Police Forensic Science and an adviser to the Royal Thai Police Bureau, said wildlife forensics started with a crime scene investigation or CSI to see what happened, and how. All related evidence would then be collected to help establish who comitted the crime.

“Forensic evidence helps explain how the story happened-the “modus operandi”, or method of operation. This will lead to the motivations, assumptions, and then to the culprits.”

Jarumporn’s first foray into wildlife forensics was in the case of two elephants found slained, with one of them having its penis and tusks removed.

Gunshot wounds to the animal’s front skull were examined, ballistic tests were conducted, and the elephant carcass was unearthed and x-rayed before AK-47 bullets were found. Reconstructing the event, investigators realised the fatal shots came not from above, but straight on.

Jarumporn then zeroed in on the most probable assumption, with minority groups using AK-47s nearby being identified. Arrests then followed.

The same approach was applied in late 2012 in the same national park, in a case involving sport hunting. Jarumporn led the forensics team that tracked down the wrongdoers, among them a senior police officer.

Last year it was a high-profile construction tycoon who was accused of hunting for sport – Premchai Karnasuta, president of Italian-Thai Development Plc.

The rangers led by Thung Yai chief Wichian Chinwong seized weapons, ammunition and animal carcasses, including that of a black leopard skinned to the bone.

Jarumporn said they all fit together.

The Region 7 police then ran forensics and ballistics tests on the leopard’s hide and other remains and tracked the trajectories of the fatal bullets.

There were eight wounds to the big cat’s forehead, right ear and torso, with the trajectories indicating the shots came from above, and the front to the back – all probably from a shotgun. The weapons seized at the scene were all documented as belonging to Premchai and he admitted as such when apprehended.

On February 13, the investigator team led a reconstruction of the crime, this time following trajectories from the bullet shells collected at the roadside to the points where the bullets made impacts– two in tree bark and two on the surface of a rock in stream.

They found a lump of black fur and bloodstains where the rangers had collected pieces of the leopard’s organs, likely indicating the spot where the animal was skinned. A further search turned up two leg bones in the stream and a piece of the leopard’s colon.

An examination of Premchai’s pickup truck was prompted by suspicions the gunshots had originated there.

On March 1, the investigator team reviewed the findings on bullet trajectories to try and nail down the exact origins of the shots. The team could not find a match with any previously suspected location.

Re-examining the traces in the trees and marks left in the rock, investigators concluded they were from the same bullets that killed the animal, but they could not identify the exact type of bullet.

Amid these setbacks, there was no loss of determination.

Blood and tissue from the leopard and other animals killed at the site were sent to the National Parks Department’s forensics lab, where DNA – believed to “never be wrong” – might yet establish the truth.

“DNA is tremendously specific and cannot be wrong,” said Kanita Ouithavon, chief of the Wildlife Forensic Science Unit. “These are not just samples but ‘evidence’ that’s admissible in court.”

Her team has primarily tried to determine what kind of the animals they were, and whether they are protected species. In the case of the black leopard, they needed to prove whether the flesh and blood recovered at the site all belonged to the same animal.

The lab tests confirmed that it did, and other samples came from wild birds. It was a proof that the animal meat found onsite wasn’t brought there from elsewhere, as has been speculated early on.

With such straightforewardness of the knowledge, Kanita and her team members have been placed among key witnesses in wildlife cases in recent years. The latest case they have worked on involves the killing of a bearcat in Sai Yok National Park in Kanchanaburi, under which the  deputy chief of Makham Tia district is a suspect in this slaying.

Chaiwat himself had said the evidence in the black leopard case was strong, and any related records of the case should be based on such wildlife forensics.

Premchai and his companions were indicted on April 30 on different charges. Premchai faces six charges, from poaching of a protected species and in a wildlife sanctuary, possessing wildlife carcasses, covering them, to collecting wild products, and carrying weapons in public.

The Thong Pha Phum Criminal Court started a trial in late November and the last of the defence witnesses testified in mid-December.It sets to rule the case this coming Tuesday.

Deputy National Police chief Pol General Srivara Ransibrahmanakul, who is overseeing the investigation, said on Thursday he was confident justice would be done.