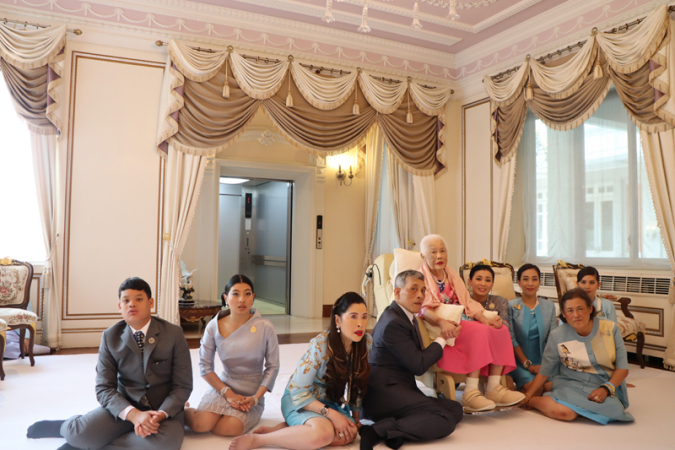 Their Majesties King Maha Vajiralongkorn and Queen Suthida along with members of the Royal Family members visited Her Majesty Queen Sirikit, the Queen Mother at Chitralada Hall, Dusit Palace to celebrate her 87th Birthday Anniversary.

His Majesty the King granted a set of photographs to the public so they could appreciate Her Majesty’s royal graciousness. 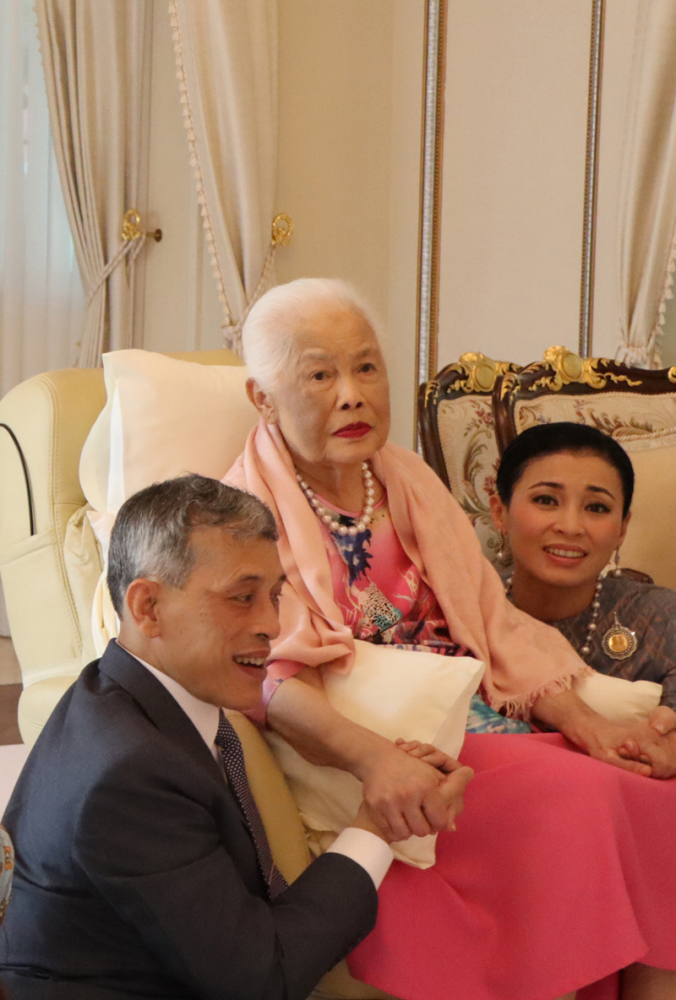 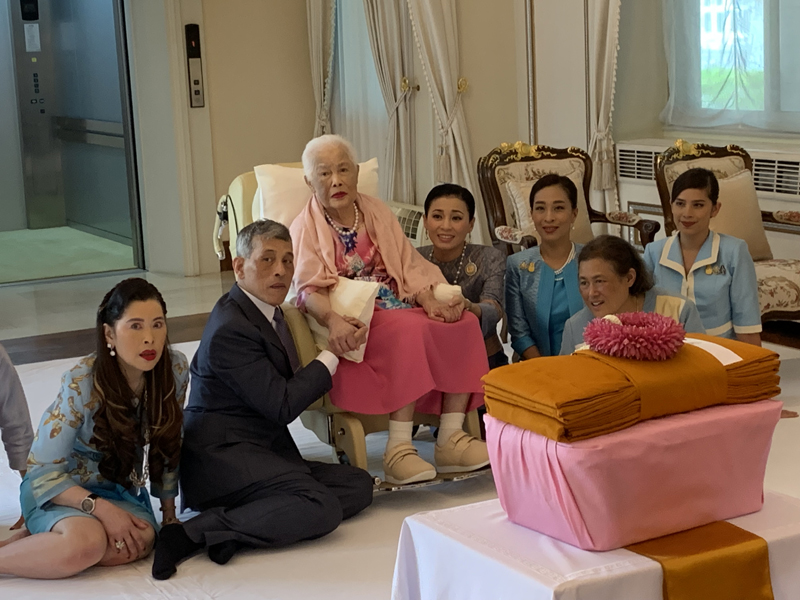