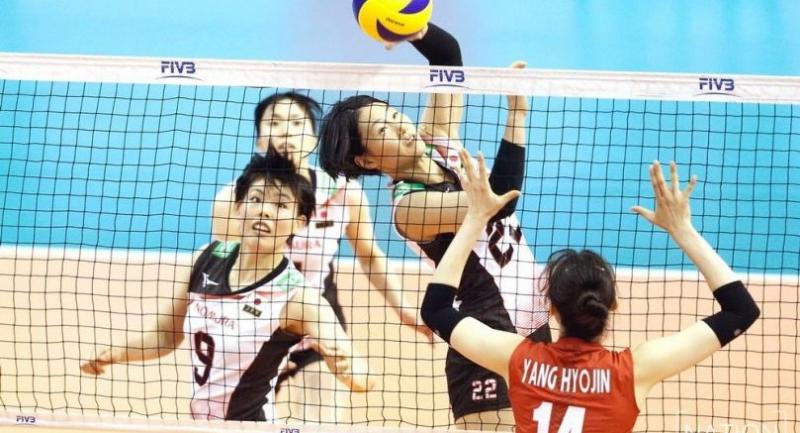 JAPAN stamped their domination over long-time rivals South Korea with a 3-0 win in their second match of the FIVB Nations League stop in Nakhon Ratchasima yesterday.

The Japanese spikers entered the fourth-week Pool 15 of the Nations League boasting a 41-13 record over the Koreans and quickly extended their domination to 42, winning 25-22 25-14 25-20 at the Korat Chatchai Hall.

Japan, led by top-scorer Yuki Ishii, unleashed a series of raids to keep the enemy on the back foot from the start. South Korea managed to rally as the first set wore on but eventually succumbed to superior teamwork. Japan’s solid defence and rapid attacking game catapulted them to a 16-8 lead in the second set, forcing the Koreans to tighten their game and haul things back to 12-17. But South Korean momentum was snapped when Jaeyeong Lee served into the net to open the door for Japan. Yuki Ishii earned a set point for her team with a sly drop shot at 24-14 before Japan closed it out with an impressive block.

In the third set South Korea resistance lasted till the middle of the set before Japan found another gear to race over the finishing line. Japan, with five wins and six defeats, will play their final match this evening against Thailand. South Korea, also with five wins against six losses, face Turkey at 3pm.

Thailand were to play Turkey at press time last night, hoping to end their four-match losing streak at home from the previous leg in Bangkok last week.