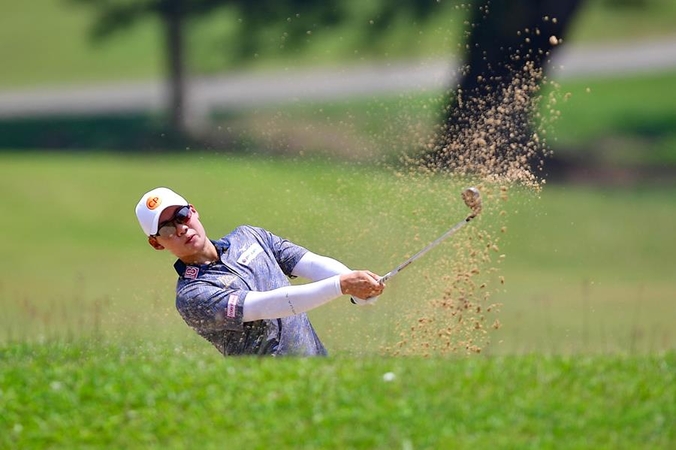 Singapore - Thailand’s Jazz Janewattananond and Scott Hend of Australia are set to lead the Asian Tour’s charge at the World Golf Championships – HSBC Champions following the conclusion of the US$900,000 Mercuries Taiwan Masters on Sunday.

Jazz and Hend, ranked first and second respectively on the Asian Tour Order of Merit, will be joined by South African Jbe Kruger and Japan’s Masahiro Kawamura at the highly rated Sheshan Golf Club in Shanghai from October 31 to November 3.

The quartet qualified for the 2019 WGC-HSBC Champions by virtue of being the leading four members, not otherwise exempt, with the best aggregate prize money earned from Asian Tour prize money counting events.

The qualifying period, which commenced at the conclusion of the 2018 WGC-HSBC Champions, will conclude on October 21 and the Mercuries Taiwan Masters is the Tour’s last qualifying event for the prestigious tournament prior to the cut-off date.

“I came to Chinese Taipei for a reason and that was to complete a full-field event for my qualification for the WGC-HSBC Champions. Last week has shown me what I need to work on for my game and hopefully, I can improve on that and bring back my A game soon.

“I’m looking forward to playing in another WGC event in Shanghai at the end of the month. Sheshan is a great golf course and I look forward to playing well there,” said the 46-year-old Hend, who claimed his 10th Asian Tour title at the Maybank Championship earlier in March.

Jazz, who will be making his WGC debut in Shanghai, also secured a coveted spot at the CJ Cup next week by being the leading player on the Asian Tour money list following the Mercuries Taiwan Masters. Taehee Lee also earned his berth in the PGA TOUR event by being the top Korean in fourth place on the Merit rankings.

Thailand’s Suradit Yongcharoenchai broke into top-10 of the Asian Tour Order of Merit thanks to his breakthrough win at the storied Mercuries Taiwan Masters. The 20-year-old was sitting outside top-80 at the start of September but back-to-back top-10 finishes in Chinese Taipei and India pushed him inside the top-60 at the middle of the month.

Despite missing the halfway cut at the Shinhan Donghae Open in Korea, Suradit capped a commendable tied-18th place result at the Panasonic OPEN Golf Championship in Japan before securing his maiden Asian Tour victory in Chinese Taipei to propel to a career-best eighth position on the Order of Merit.

The 2019 Asian Tour season will resume at the Thailand Open, which will be held once again at the Thai Country Club from November 7 to 10. The US$300,000 event, won by Thailand’s Panuphol Pittayarat last year, will also mark the start of the 2019/20 Panasonic Swing series.

Top-20 players on the Habitat for Humanity Standings