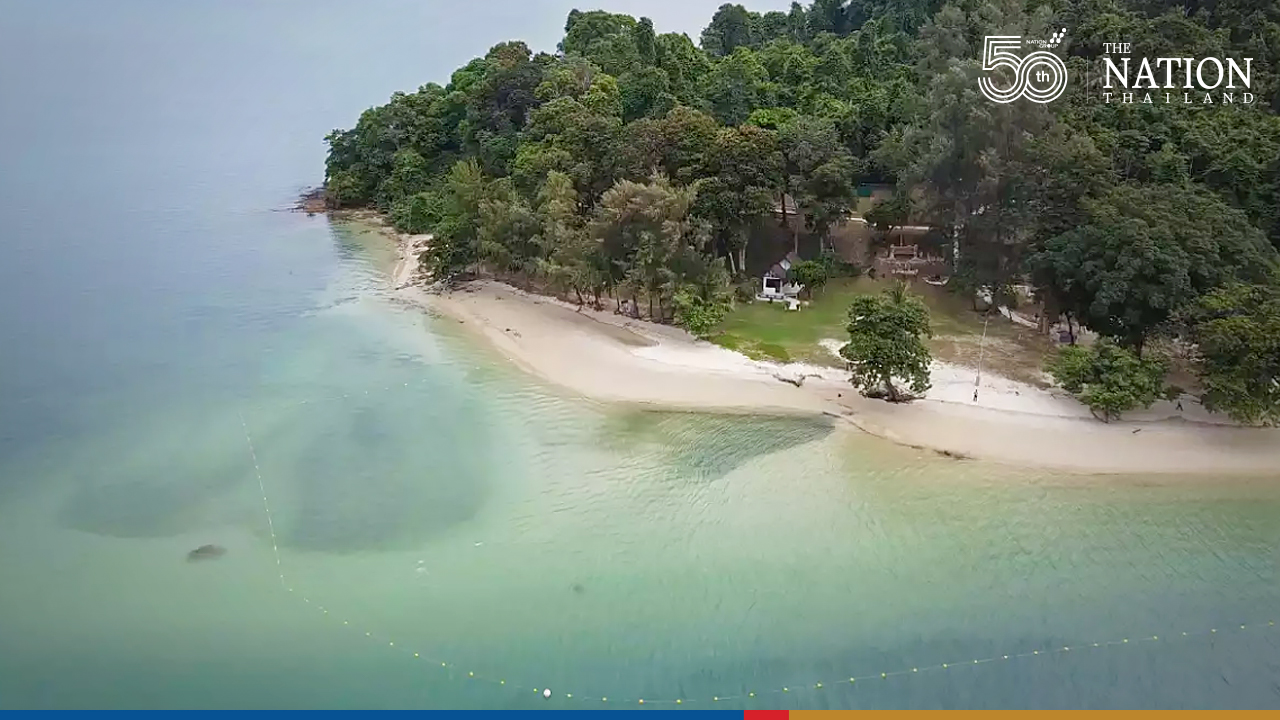 Lawa Yai island, the precious gem of beautiful Ao Phang Nga National Park in Takua Pa district, has become abundant in coral and seagrass, with dugongs now spotted living around the bay after the national park was closed to tourists.

Also called Koh Lawa, the little island is 1.5 kilometres off the mainland and lies amid water trenches between Phang Nga and Phuket provinces.

Before the pandemic, many Thais and foreign tourists  travelled to the island to relax, sunbathe and swim in its crystal-clear waters.
The island is well-known for its picturesque natural scenery and peaceful atmosphere, where tourists can view Phang Nga bay and Phuket island.

With the national park having been closed for some time, the island has become fertile ground for nature and marine life. The beach is now cleaner, filled with colourful coral in  shallow waters as well as abundant seagrass, and a number of dugong have been found inhabiting the area.
The Ao Phang Nga National Park has made the island a true model of sustainable tourism.
Only 100 tourists are allowed at a time on an island visit with a specified duration.

Lawa Yai is not a mass-tourism island. It is in fact the first marine education station in Thailand.