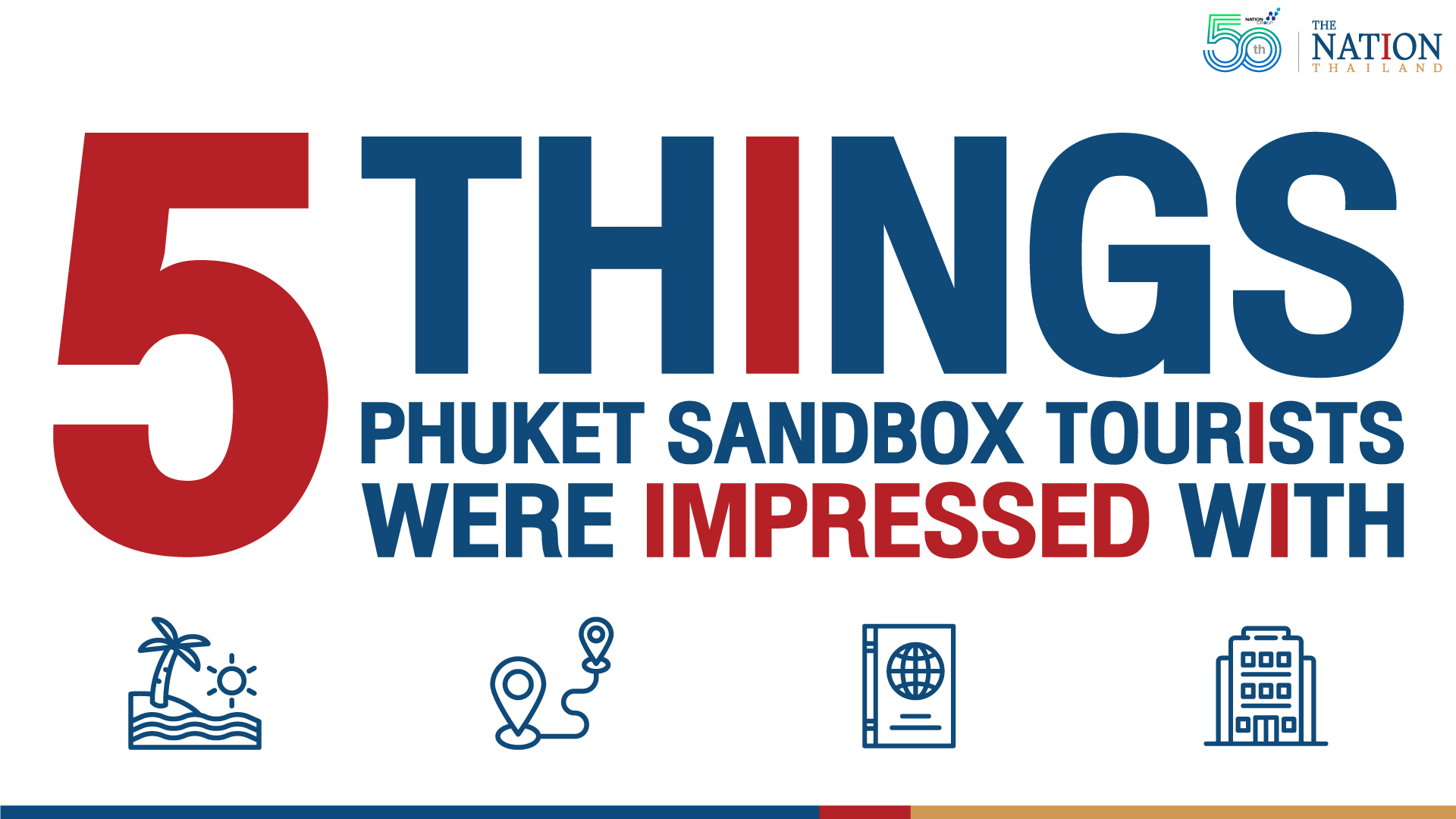 It has been almost 50 days since the Phuket Sandbox programme took off, with the scheme now being considered satisfactory and foreign tourists saying they were impressed with things such as airport transportation, service and screening.

The Tourism Authority of Thailand (TAT) reported that from July 1 to 31, there was a tourist cash flow of THB829 million, which in turn generated an income of THB1.92 billion for the economy.

A TAT survey on tourist satisfaction from July 11 to August 10 showed that out of 88 participants, 77 per cent were in the 25-56 age range. Some 35 per cent said they would travel further to other provinces, such as Bangkok and Chiang Mai.

The five things that impressed foreign tourists under the Phuket Sandbox scheme were: