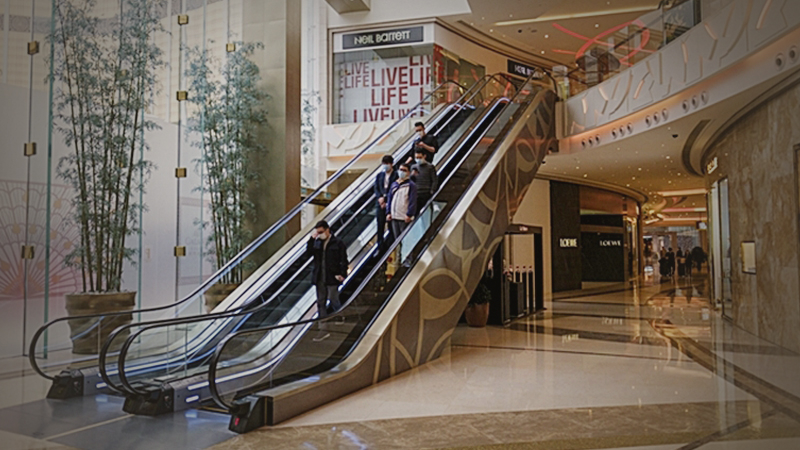 Even as infections of the novel coronavirus seemed to be slowing last week, the effects of the epidemic on the global tourism industry were accelerating rapidly.

The impact of the pneumonia-like disease caused by the virus, called Covid-19, is already being felt across the Asian continent, where leisure and business travel contributed $884 billion to gross domestic product in 2017, the most recent year for which data has been compiled by the World Travel and Tourism Council. (Projections for 2018 are about $1 trillion.) For China alone, inbound tourism brought in $127.3 billion in 2019, according to the country's tourism bureau.

But as diagnoses tick upward again, travel agents, operators, and hoteliers are bracing for at least months, if not a full year, of economic disruption from the outbreak, with long-term effects that may ripple well into 2021.

"The numbers of trip cancellations-not just to China but to the entire continent of Asia-is growing every day," says Jack Ezon, founder and managing partner of luxury travel agency Embark Beyond. "People are put off. Sadly, a lot of them are just saying, 'I don't know if I want to go anywhere right now.' Or, in many cases, 'I'll just go next year.' "

So far, almost 75% of his travelers have canceled their February and March departures to Southeast Asian countries, which the U.S. Centers for Disease Control and Prevention still considers to have a lower, level one risk for coronavirus. "They're worried about being anywhere close to the outbreak," he says, "or of getting stuck with canceled flights if other hubs become infected." A full 100% of the honeymoons his agency had booked to the region have been canceled and rebooked for alternate destinations including the Maldives, Southern Africa, and Australia.

Hilton Chief Executive Officer Chris Nassetta told investors on Feb. 11 that he expects the impact of the new coronavirus to last anywhere from six to 12 months: "Three to six months of escalation and impact from the outbreak, and another three to six on recovery," he said. He estimated the cost to his company could be from $25 million to $50 million.

Why so long, if the medical community is beginning to send optimistic messages about the number of new cases?

When it comes to leisure travel, the biggest question usually revolves around location, location, location. Once that's been decided, weather dictates all. "North Asia you can do year-round, but Southeast Asia is much more challenging," says Catherine Heald, co-founder and CEO of the Asia-focused travel specialist Remote Lands. "Thanks to monsoons and very hot temperatures in most of that region," which last roughly March through September, "people aren't looking seriously at rebooking until the fall," she says.

For families, school schedules can complicate plans. "We had one family looking at traveling over spring break, and they won't have that same window of time until next year's spring break," she says. "They're rebooking for 2021." The same logic applies for those who specifically wanted to see cherry blossoms in Japan or flowers blooming alongside treks in Nepal-common reasons to plan a spring trip.

Heald's clients are among the most likely to help the industry rebound. So far her company has seen fewer cancellations than have her competitors because of the way she targets leisure and high-spending travelers. An average trip with Remote Lands costs $1,500 per day for two people, which makes her a purveyor of bucket-list vacations-trips that people are desperately hoping to realize.

"People spend a lot of time and money planning these trips," she says. "They want to make it happen." Her workaround so far has been to simply reroute airfares through unaffected hubs, replacing routes through Hong Kong or Shanghai with connections in Tokyo, Seoul, or Dubai. The cost, she says, can range depending on availability of fares and type of tickets booked. "On a scale from 1 to 10, the disruption to our business has been about a 2 or 3," Heald says, explaining that travelers' willingness to postpone, rather than cancel, keeps her balance sheets mostly intact.

Business in China was already low this year because of negative press about trade wars. Heald says only 3 out of 400 trips she booked last year were China-only. Ezon agrees: "China was a little soft this year for leisure anyway, and Hong Kong was a mess from July" and the ongoing protests there.

The broader Southeast Asia region had been benefiting from the overflow, but that momentum is on hold. "People are canceling Sri Lanka and India just because it's part of Asia," Ezon says. "There haven't even really been cases there, but so much is unknown that people are just staying away." (Sri Lanka has reported one case of someone infected with the new coronavirus and India has reported three so far, according to Bloomberg's coronavirus tracker.)

Hotels understand travelers' fears, nonsensical as they may seem. Many have extended gracious policies allowing people to change their plans throughout the Asia-Pacific region at no cost, as long as they rebook before the 2020 festive season. Like Heald and her fellow travel specialists, many hotels are hoping to best retain their 2020 revenues and mitigate outright cancellations.

That's less of an option for operators such as Guy Rubin, founder of Imperial Tours, whose entire business is based on luxury trips to the Chinese mainland. "Obviously, we have had cancellations and postponements for January, February, and March," he says. But even travelers with itineraries for October have been inquiring about cancellations.

Others are in a holding pattern, waiting to see if the current strategy of quarantining people to contain the virus works. "If the containment strategy works, then I imagine people will be traveling in China again by summer," Rubin says. "If it does not work, then I imagine it will take a year for people to regain trust in China."

Severe acute respiratory system (SARS) is one example the industry is studying for guidance. It took WHO roughly four months from the moment it announced a global alert about SARS until it said the disease was contained, and then an additional five months for the organization to wrap up its efforts to tally new cases. According to aviation analysts at AirInsight, the SARS outbreak cost airlines $10 billion, and that was at a time when global business was less developed.

If it similarly takes nine months for the Covid-19 outbreak to pivot into "recovery" status, which is consistent with the industry outlooks cited here, aviation will take a bigger hit. And it will take longer still for hotels and destinations to fully return to tourism levels before the disease's spread.

"Think about Fukushima," Heald says, referring to the 2011 nuclear disaster at Japan's Fukushima Dai-ichi nuclear plant. "People didn't regain trust or interest in travel to Japan for years." The flip side is that when they did, she says, there was such pent-up demand that it led to a boom in tourism: Overseas arrivals rose from 13.4 million in 2014 to 31.2 million in 2018. After many years of reassuring travelers they didn't need to worry about radiation exposure, Japan suddenly became the fastest-growing destination in the world.

Ezon agrees this tide will ebb and flow. "If SARS was bad, this will be worse," he says. "But remember Ebola? It's still in Africa, and safari bookings are stable. Remember chikungunya? Once the news cycle moves on," he says, "people will forget. Just like everything else, it'll bounce back."