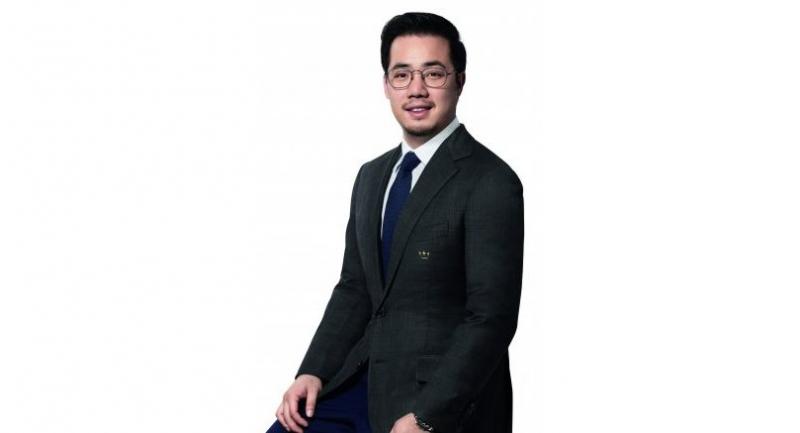 DUTY-FREE operator King Power Group plans to open a shop in MahaNakhon after spending Bt14 billion to buy a range of assets associated with the landmark development – including the observation deck on what is now Bangkok’s tallest tower – from Pace Development Corporation Plc (Pace), the company's chief executive Aiyawatt Srivaddhanaprabha said.

The other assets acquisitions at the project relate to land, a hotel and a retail cube building, as well as sculptures and other artwork.

Aiyawatt said the company decided to buy the assets at the project after management saw the business opportunities arising from an expansion of its tourism business when the building is completed before the end of the year,

“We plan to open our new duty-free shop at MahaNakhon, which will be known as King PowerMahaNakhon under a name change when the project is completed,” he said.

“This will be a new landmark for tourists – our target market - that is expected attract more than one million visitors a year.”

The company is also considering buying 53 residential units of Ritz-Carton MahaNakhon, which is part of the MahaNakhon project, he said.

“We took about two months in the negotiations with Pace before we were able to conclude the deal,” Aiyawatt said. “We believe this is a win-win for both sides, as we gain a new business and Pace gets capital to operate its business.”

Pace yesterday said the deal is in line with the company's earlier plan of putting the MahaNakhon asset into a real estate investment trust (REIT). Pace would now focus on reducing debts, as well as speeding up construction of current residential developments to secure a steady revenue stream, it said in a press statement.

Parts of the proceeds from the assets sale would be used to expand the company’s delicatessen chain Dean & DeLuca at home and abroad, the company said yesterday.

Its board of directors considered the transaction most beneficial to the company and its shareholders, Pace chief executive officer Sorapoj Techakraisri said.

He said the Bt14 billion asset disposal had officially taken place on April 10, under resolutions at a board meeting on March 28.

The deal to sell a portion of the assets in the development is consistent with Pace's earlier plan to put MahaNakhon into a REIT upon project completion. The closing of the transaction at this time has allowed the company to reorganise revenue promptly.

The company plans to use revenue from this transaction, as well as the Bt3.894 billion gained from a capital increase after a share sale in February, for financial restructuring and debt repayments.

This would strengthen the company's financial position, it said.

The added liquidity will also enable the company to build current businesses more efficiently and sustainably over the longer term.

The company had sought to sell the 53 residential units at Ritz-Carton MahaNakhon and the Nimit Langsuan condominium project to listed property firm Sansiri Plc in the last quarter of last year, but the deal could not be completed, the company reported to the Stock Exchange of Thailand earlier.

MahaNakhon a mixed-use project with an investment value of Bt22 billion.