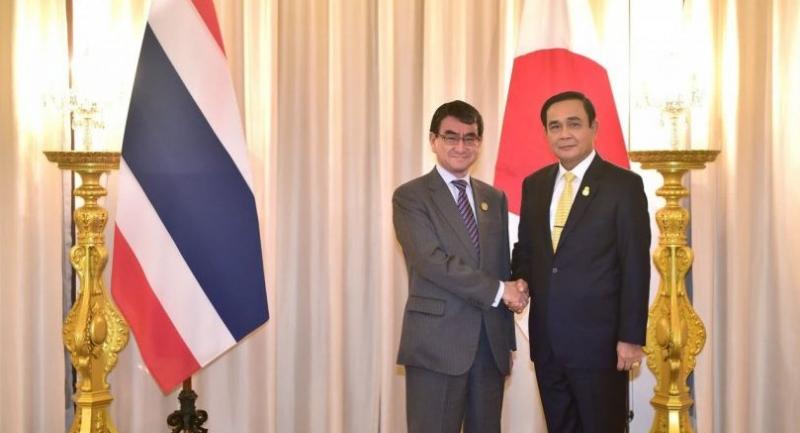 Japan on Wednesday vowed to support the accession of Thailand to the Comprehensive and Progressive Agreement for Trans-Pacific Partnership (CPTPP), which Thai Prime Minister Prayut Chan-o-cha expressed an interest in joining during a meeting with Japanese Foreign Minister Taro Kono.

Kono was in Thailand for the third ministerial of the Conference on Cooperation among East Asian Countries for Palestinian Development (CEAPAD) on Wednesday.

CPTPP is a comprehensive free-trade agreement signed by 11 Asia-Pacific countries in March after the withdrawal of the United States from the Trans-Pacific Partnership (TPP) after Donald Trump took office.

Prayut has ordered a feasibility study for Thailand to join the CPTPP, according to spokesman Weerachon Sukondhapatipak.

Kono also discussed regional security issues, including the Korean peninsula and the contentious South China Sea, which both sides agreed needed to be solved peacefully, he said.

Japan reportedly supported Myanmar's efforts to "solve the crisis" in the western state as well as to have safe return of refugees from Bangladesh, according to a Japanese official.