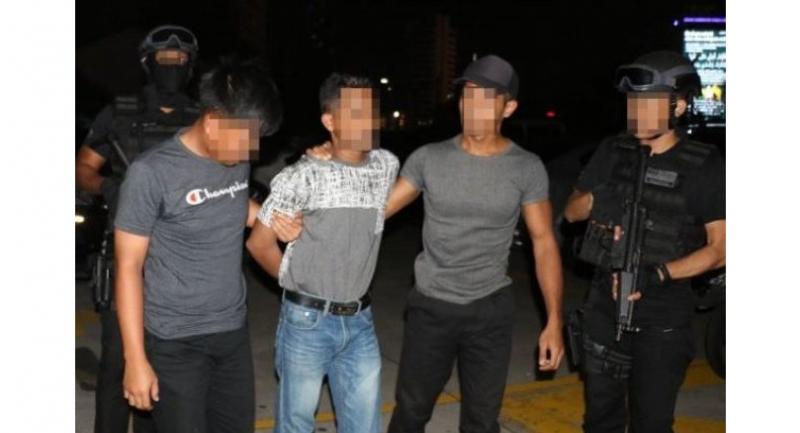 KUALA LUMPUR: Four suspected militants have been detained in connection with terror and assassination plots to “avenge” the death of fireman Muhammad Adib Mohd Kassim.

The four were targeting several VIPs and non-Muslim houses of worship, said Datuk Seri Abdul Hamid Bador, adding that the hunt is on for remaining members of the plot.

The Inspector-General of Police said the male suspects – a Malaysian, two Rohingya and an Indonesian – were detained in special ops by the Counter Terrorism Division (E8) in Terengganu and Klang Valley between May 5 and May 7.

“Officers from E8 detected this ‘wolf pack’ Islamic State (IS) state cell who planned to assassinate four VIPs and launch large-scale attacks on non-Muslims houses of worship, as well as entertainment centres in the Klang Valley.

“They were planning to carry out their plans in the first week of Ramadan to ‘avenge’ the death of Muhammad Adib,” he told a press conference at Bukit Aman on Monday (May 13).

Their reasons given for targeting the VIPs were the supposed failure to “protect the sanctity of Islam”, he added.

The IGP said the first arrest was made on a 34-year-old Malaysian man in Kuala Berang, Terengganu, on May 5.

“The suspect is the leader of the terror cell and the mastermind behind their plans to assassinate and bomb their targets.

“We also seized six Improvised Explosive Devices (IEDs) that had been obtained from a neighbouring country, along with a CZ9mm pistol and 15 bullets,” Abdul Hamid said.

The second arrest was conducted in Kuala Lumpur on May 7 on 20-year-old Rohingya man, who also has a UNHCR (the United Nations Refugee Agency) card, he added.

“He admitted to joining the cell and supporting the Arakan Rohingya Salvation Army (Arsa) terror group.

“He also planned to attack the Myanmar Embassy in the city and wanted to go to Rakhine to continue his false jihad,” he said.

The remaining two suspects were detained in Subang Jaya and Old Klang Road on May 7, Abdul Hamid added.

The country's top cop said police are still tracking down three other members of the terror cell who are still at large.

The suspects are Malaysians Syazani Mahzan, 21, and Muhamad Nuurul Amin Azizan, 27, from Bedong, Kedah, as well as Indonesian Fatir Tir, whose last known address was in Banting, Selangor.

Abdul Hamid urged anyone with information to contact E8 Investigating Officer ASP S. Manivanan at 017-3278435, or any nearby police station.

Muhammad Adib was critically injured in the early morning of Nov 27, 2018, after he and his team members from the Subang Jaya fire station responded to an emergency call at the Seafield Sri Maha Mariamman Temple, where a riot was taking place.

The fireman was taken to SJMC after he was found injured, before being transferred to the National Heart Institute (IJN) for further treatment, where he later died on Dec 17, at 9.41pm.

There is an ongoing inquest into his death.