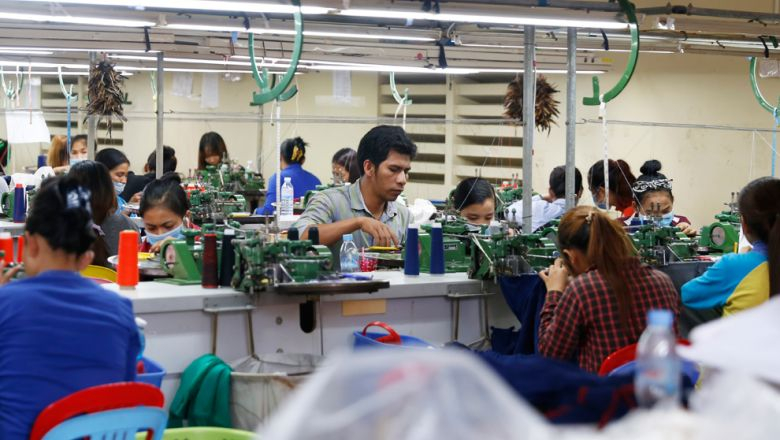 The Garment Manufacturers Association in Cambodia (GMAC) has, for a second time, called for the suspension of negotiations with the Trade Union Negotiation Council due to uncertainties surrounding the EU’s “Everything But Arms” agreement.

“The GMAC executive committee feels that the uncertainty surrounding EBA means we are not in any position to enter into major negotiations that will impact the industry."

“We look forward to re-engaging on the issue of a sectoral [Collective Bargaining Agreement] once we have certainty and clarity on the EBA matter."

“GMAC would like to reaffirm that it still continues to cooperate with all relevant parties so as to strengthen the competitiveness of the Cambodian garment, footwear and bag industry,” Loo said.

According to a Trade Union Negotiation Council letter dated July 12, GMAC also requested a suspension of negotiations in March.

The Trade Union Negotiation Council said the decision to suspend all negotiations put the progress made in discussions at risk.

It said the uncertainty brought about by the ongoing EBA withdrawal process had implications for potential future agreements but believed such uncertainty could be managed through dialogue.

“We continue to believe that engagement between employers and trade unions on a collective agreement would be a positive signal to the EU of the commitment of the parties involved in practising dialogue."

Pav Sina, the president of the Collective Union of Movement of Workers, is one of the nine members of the Trade Union Negotiation Council.

He said it was formed in late 2017 to get other benefits for workers aside from salary.

It is backed by the International Labour Organisation to make negotiations based on the Trade Union Negotiations Council for the garment sector’s Collective Bargaining Agreement (TUS-CBA) in the Cambodian garment and footwear sectors.

Some talks had been held this year, but they were yet to address benefits for workers, he said.

“The suspension of negotiations by employers affects the progress we have made together since late 2017."

“It also means that the discussions on labour rights, working conditions and other benefits also stall. This means that what workers receive remains the same and is not improved,” Sina said.

Sina said GMAC continuing with negotiations could only help to portray the garment industry in a positive light as the EU considers withdrawing Cambodia’s access to EBA.

He said negotiations were encouraged by around 40 per cent of buyers in Cambodia who had expressed their commitment to contributing to additional benefits for workers.

“If we don’t suspend negotiations, the benefits that buyers are committed to providing for workers from the talks would push them to tell the EU about improvements in Cambodia. It would help prevent the EU from withdrawing EBA access,” Sina said.