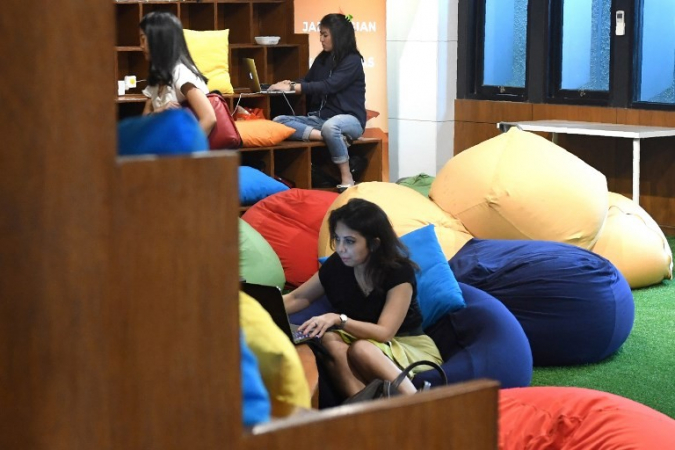 Indonesia's digital economy is expected to almost double in value from Rp 814 trillion last year to Rp 1.447 quadrillion (US$101 billion) by 2024, a recent study says.

The joint study by the Institute for Development of Economics and Finance (Indef) and non-profit research foundation Laboratorium Data Persada has found that the digital economy generated added value to several sectors, including manufacturing, trade and transportation, and communication.

“The manufacturing sector has benefited the most,” Indef research director Berly Martawardaya said last week, adding that the digital economy would create Rp 100 trillion value added in the manufacturing industry.

Berly said the government should ensure nationwide internet access in its efforts to spur growth in the digital economy, as well as work with businesspeople to develop digital skills development, logistics and financial access,

Mira Tayyiba, an expert in economic relations and adviser to the Coordinating Economic Minister, who attended the discussion, said that the government had taken several measures to boost the digital economy, citing education programs and the Palapa Ring nationwide broadband network.

“The government is working together with businesses, such as marketplace, in upgrading local products through education programs” Tayyiba said, adding that the Palapa Ring project was slated for completion this year.