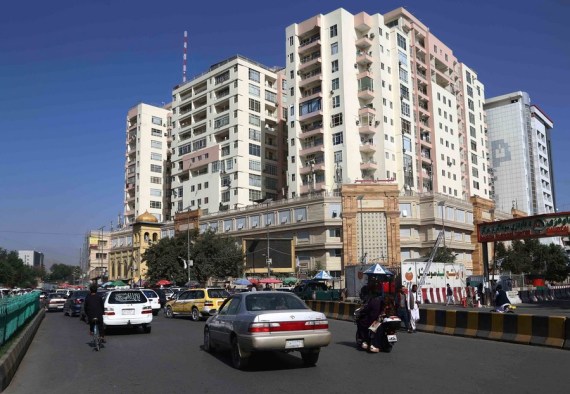 While the security situation in Afghanistan has remained stable since the Taliban takeover in mid-August, the Central Asian country is now facing economic and humanitarian challenges, with its people longing for better life and the Taliban new government calling for international assistance.

-- "The war is over, and insecurity and fighting are not a concern among the Afghans anymore," said Taliban spokesperson Zabihullah Mujahid.

There has been no major security incident or armed clashes since Aug. 15 when Taliban took over 33 of the country's 34 provinces, except a deadly suicide bomb blast and ensuing shooting outside the Kabul International Airport, which killed over 170 Afghan civilians and 13 U.S. soldiers, and wounded nearly 200 others.

On Sept. 6, the Taliban announced that its fighters had completely captured Panjshir, the only province that had remained out of Taliban's control, days after sporadic clashes were reported in the mountainous province.

There were no civilian casualties during the fighting in Panjshir, Taliban spokesperson Zabihullah Mujahid said, adding that electricity and internet service would resume in the province soon.

No major clashes have been reported in Panjshir since then, although the so-called National Resistance Front of Afghanistan led by Ahmad Massoud, the son of former anti-Taliban leader Ahmad Shah Massoud, has denied the Taliban's claim of capturing Panjshir.

"The war is over, and insecurity and fighting are not a concern among the Afghans anymore," Mujahid said.

Afghanistan would soon have a regular army to defend the country, Taliban's army chief of staff Qari Fasihuddin said Wednesday.

Enamullah Samangani from the Taliban cultural commission said that some police officers from the former administration will soon return to work under the Taliban authorities for restoring order in Kabul and other big cities.

ECNOMIC WOES
The United Nations Development Program (UNDP) has warned that 97 percent of Afghans could fall below the poverty line by mid-2022 unless the country's political and economic challenges are addressed promptly.

According to a UNDP report recently released, the latest developments and uncertainties have severely affected people's life in the country.

Shops, markets and business hubs reopened late last month. Although no shortage of food, medicines or daily necessities has hit the capital Kabul and other provinces, many people cannot afford to buy food and essential items for their daily life.

In recent days, government offices in Kabul and the country's 34 provinces partially resumed operations but the banking service has not yet returned to normal, with thousands of customers waiting in long lines to withdraw their savings.

"The reports of freezing of Afghanistan's central bank assets by the United States as well as the announced halt of funds by the World Bank have added to our concerns," Mohammad Mansour from northern Kunduz province told Xinhua.

About 5,000 small factories in industrial parks across the country still remained closed due in part to lack of resources.

On Aug. 28, the Afghan central bank issued an order to all banks setting a weekly limit of withdrawals of 200 U.S. dollars or 20,000 afghani for a customer.

Several ministries of the interim government have urged their previous employees to return to work before Sept. 17, but with the female staff waiting for further notice. Female doctors and women working in the health ministry and female teachers at girls' primary schools have already returned to their work.

Karima Malikzada, a female government employee from the eastern Logar province, said, "the new government should ... allow men and women to rejoin their offices and their salaries must be paid, we have no other resources to afford daily life."

She told Xinhua that she thought the Afghan people would trust the Taliban if the latter could honor its promises for women, many of whom have to work to support their children.

"All government-run universities will reopen soon, possibly within a week. Higher education authorities are working on regulations as students will return to their classes," Haqqani told reporters.

The acting minister noted that the Islamic dress was necessary for the female students to attend classes.

United Nations Secretary-General Antonio Guterres recently said the possibility of a complete economic collapse in Afghanistan was "serious" and highlighted an urgent need for funding support at a high-level ministerial meeting on Afghanistan's humanitarian situation in Geneva on Monday.

On Tuesday, the UN appealed to countries that together pledged 1.2 billion U.S. dollars in relief for Afghanistan to take action quickly.

Stephane Dujarric, chief spokesperson for Guterres, said the pledges in humanitarian and development aid announced at the Monday meeting included funding for the flash appeal for Afghanistan and a regional response.

"The United Nations and humanitarian partners, including national and international nongovernmental organizations, can move quickly to turn funds into food, health care and protection for Afghan children, women and men in need," Dujarric added.

A convoy with aid from the UN refugee agency UNHCR reached the eastern Nangarhar province, the spokesperson said. "This is the second convoy of relief items that have entered Afghanistan through the Torkham Border Crossing since Aug. 15."

Seasonal food assistance from the World Food Programme (WFP) continues with one month's worth of food for previously assessed vulnerable families, he said.

On Tuesday, in response, Amir Khan Muttaqi, acting foreign minister of the new Taliban government, said, "We are thankful for recent announcement of 1 billion U.S. dollars pledged in Geneva."

"The people of Afghanistan still need assistance and cooperation from the world," Muttaqi told reporters while calling on countries to continue "assisting Afghans in fields of education, health, refugees, and the struggle against the drought" as before without associating "humanitarian issues with the political issues."

He also urged foreign aid workers to return to help the country, saying, "Security and safety will be ensured for all aid workers."