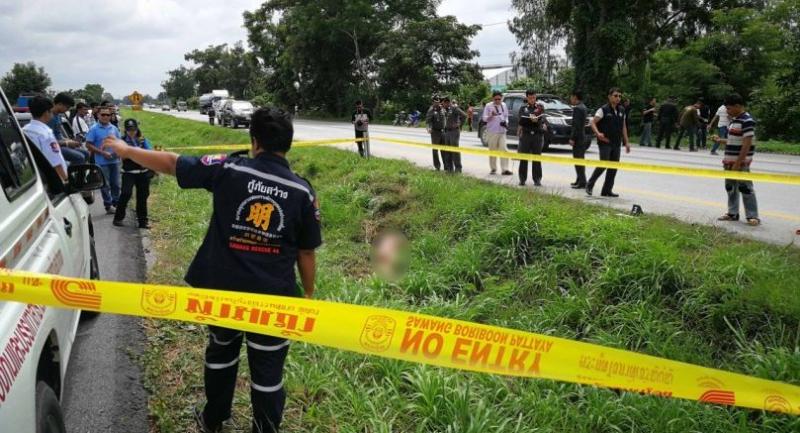 An unidentified man wearing no clothes was found dead in the ditch in the middle of a road in Kamphaeng Phet’s Mueang district on Monday.

Police were alerted at 10am that a man had been found lying face-down in the ditch of Phahoyothin Road.

Police believe he died at least six hours before his body was found.

His hip was crushed, indicating that a solid object may have hit it hard, said police.

His T-shirt had the logo “NSU Transport” written in English, and his jeans trousers were found nearby at the very edge of the road.

A vehicle’s broken bumper and bits of windshield glass were found on the road.

Police believe the man was a migrant worker who had an urge to answer the call of nature roadside, but changed his mind and crossed the road to the ditch, where he was then hit by a speeding vehicle.

His body was sent to the Kamphaeng Phet Hospital for an autopsy.