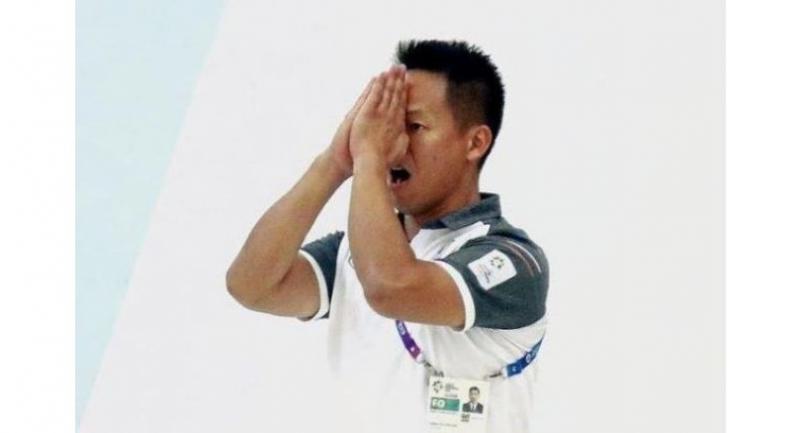 FORMER national cyclist Josiah Ng was startled to be branded a traitor on social media after his charge Jai Angsuthasawit delivered an unexpected Asian Games gold medal in track cycling for Thailand in the men’s keirin. Josiah is a retired Malaysian professional track cyclist.

Jai, who is of Thai-Australian parentage, took advantage of a gap left by riders when he came out of the final bend to storm to victory ahead of Japan’s Nitta Yudai and Malaysia’s Azizulhasni Awang.

For Josiah, who celebrated by rolling on the side of the track in sheer joy, said the reactions from the social media community caught him by surprise.

“Apparently, I’m called a traitor now. Sorry, my fellow Malaysians,” said Josiah, who was delighted to see his 23-year-old cyclist making a breakthrough in only his fourth international competition.

“How can I coach our national team when I’m a rookie coach with only seven months on the job?

Don’t expect our National Sports Council to hire me without any experience.

“I’ve a lot more to learn before I can be of the same calibre as John Beasley (Malaysia coach) but maybe one day, I’ll be good enough to coach the national team.”

Josiah said Jai had represented Australia in the world junior meet before.

“But the Australian senior team is too strong and he is half Thai, so he decided to ride for Thailand at the Asian Games. We only worked together for seven months but we did it.

“I expected him to get a medal but not gold. There was just a 10% chance of a medal but he did it. He believed in himself and worked hard.

Read also : Jai Angsuthasawit : The ride of his life

“My contract has ended with the Asian Games but I hope the Thais will continue to work with me,” said Josiah, who was the first Malaysian to feature in an Olympic final in keirin at the 2004 Athens Games.

Josiah, who has four Asian Games medals to his collection, was happy to see his former teammate Azizul on the podium in all three events.

“In keirin, one always has to be lucky. Maybe next time but one gold, one silver and one bronze is still great,” added Josiah.

He is known to have put Malaysia on the map as one of the best countries for developing world-class track cyclists.

In 2008, he became the first non-Australian to win the 72nd Melbourne Cup on Wheels at the HiSense Arena in Melbourne.