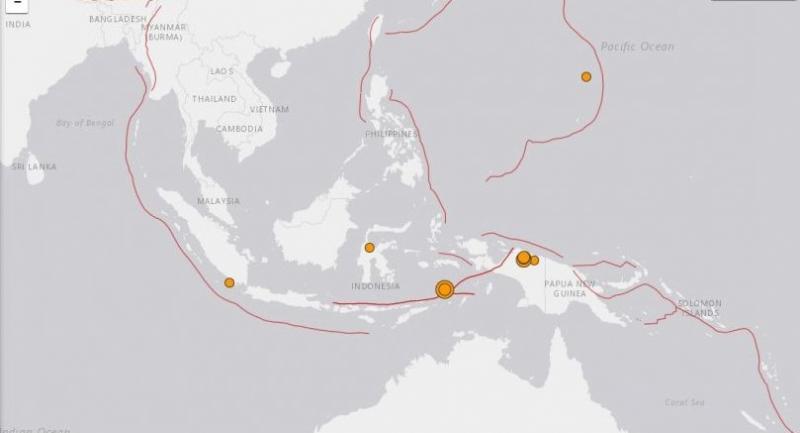 Indonesia's Meteorology, Climatology and Geophysics Agency (BMKG) reported that the quake in Maluku was of 7.4-magnitude.

No tsunami warning was issued following the quake, which was centered 289 kilometers northwest of Saumlaki city in Western Southeast Maluku regency. The USGS website recorded a 5.2 aftershock about 40 minutes later.

It further informed that the tremor, having a depth of 220 km, could be felt across far eastern Indonesia, including in Nabire, Puncak Jaya and Sorong in Papua province.

Meanwhile, the earthquake in Papua, the epicenter of which was on land, was followed by several aftershocks.