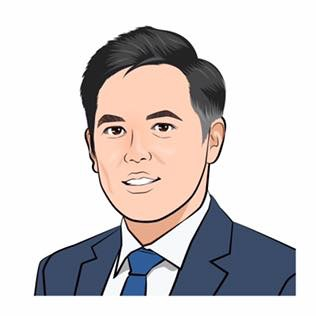 Pipat: “I think this was just a warning shot and it implies that the central bank doesn’t really want to lower interest rates.”

The central bank’s move to curb the rising baht is just a warning shot and will have little impact on the currency’s value or on the bond and stock markets, analysts said.

The Bank of Thailand (BOT) took the first step on Friday by reducing the amount of baht accounts held by foreign investors and called on financial institutions to provide reports on foreign investors holding debt securities issued in Thailand.

“It is not clear whether the central bank’s action affected the stock market, as the impact on the value of the baht is very small,” said Pipat Luengnaruemitchai, assistant managing director at Phatra Securities Co. “I think this was just a warning shot and it implies that the central bank doesn’t really want to lower interest rates.”

If the US Federal Reserve cuts its policy rate later this month, then the baht is likely to move up against the dollar, Pipat said, adding that BOT’s last resort will be to cut the policy rate.

The fast-rising value of the baht has worried both exporters and policymakers as it could further impact Thai exports, which have already suffered from the global economic slowdown. Some economists have called on the central bank to lower the interest rate to prevent the baht from rising further as it could erode the competitiveness of Thai exports as goods from countries with weaker currencies will be cheaper in the global market.

Some analysts have forecast that the baht could edge up to Bt29 or Bt28 to the dollar by the end of this year should the Fed lower its interest rate twice this year.

Tada Phutthitada, president of the Thai Bond Market Association, said foreign investors sold bonds worth only Bt912 million, while their combined total holding is about Bt1 trillion. This is indicative of the fact that the central bank’s measure did not have much of an effect on the bond market. Yields of the 4.4-year bonds rose only 2 basis points, while that of the 9.4-year bond rose only 3 basis point. The year-to-date capital outflow from the bond market is only Bt1.8 billion, he added.

Details of the central bank’s measures are as follows:

NRBA holders who are non-financial corporates with underlying trade and investment in Thailand, and have opened accounts directly with Thai financial institutions, may submit requests to the BOT for a waiver on this outstanding balance limit, which will be considered on a case-by-case basis.

2)    Non-residents holdings debt securities in Thailand will be required to report the names of their end beneficiaries. This measure will help enhance the central bank’s monitoring of non-residents’ investment behaviours. This measure goes into effect as of July 2019.

“The central bank only warned foreign investors on Friday that it may take more action against them later,” Tada said.

A statement from the central bank on Friday said: “The BOT will continue to closely monitor the Thai baht’s movements as well as non-resident behaviours and stand ready to use additional measures if undesirable speculative behaviours persist.”