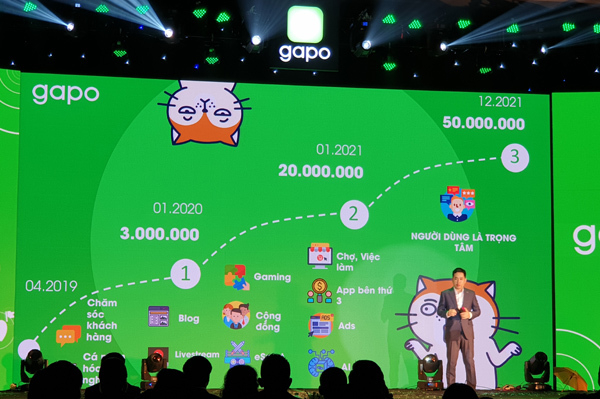 Gapo Technology JSC on Tuesday officially launched a “made in Vietnam” social network called Gapo, in an effort to shift users to a local platform amidst the strong presence of global players on the market.

Gapo, the app that mimics Facebook, is aiming to attract three million users in 2019 and 50 million by 2021.

Speaking at the launch ceremony, Gapo’s chief executive Ha Trung Kien, said the app was developed in April and was launching now to encourage responses from users.

“Gapo will focus on personalising the user experience,” Kien said.

The capital injection will be used for Gapo’s first phase of development.

In addition, it also announced it would team up with Sony Music Entertainment to feature music content by the strategic partner.

The launch of Gapo comes at a time when the Ministry of Information and Communication is calling for the establishment of “made in Vietnam: social platforms. Several apps have been built, such as VietnamTa and Hahalolo, but they have lacked basic investment.

Of its population of 97 million, 42 million Vietnamese people use Facebook every day, local media reported in 2018.