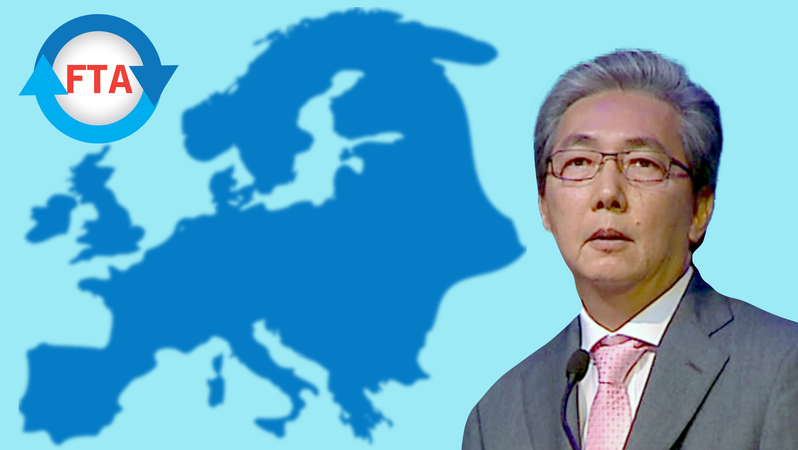 Deputy Prime Minister Somkid Jatusripitak is wooing the EU to revive talks on a Thai-EU free trade agreement after the next round of talks in October.

He has also asked the EU to help convince Airbus to invest in an aircraft repair centre in Thailand's Eastern Economic Corridor (EEC).

Somkid said after meeting with EU diplomat Pirkka Tapiola on September 12 that he had been informed the EU is ready to negotiate an FTA with Thailand once again. FTA talks stopped in 2014 due to the military coup that year and a military-backed government running the country until elections this year.

Now that Thailand has a democratically-elected government, talks are expected to resume after October, Somkid said.

“The EU is ready to negotiate with Thailand and they say we are their first priority as we now have an elected government,” Somkid said. “The negotiations should not take much time and apart from the FTA there is also interest in other bilateral agreements.”

Somkid said Tapiola expressed the EU's interest in nvesting in the EEC for production and export facilities.

He also met with Damien O’Connor, New Zealand’s Minister for Agriculture, Biosecurity, Food Safety, and Rural Communities, and Associate Minister for Trade and Export Growth, on September 11. They discussed about the RCEP (Regional Comprehensive Economic Partnership) as well as partnerships in other fields such as education, science and technology.