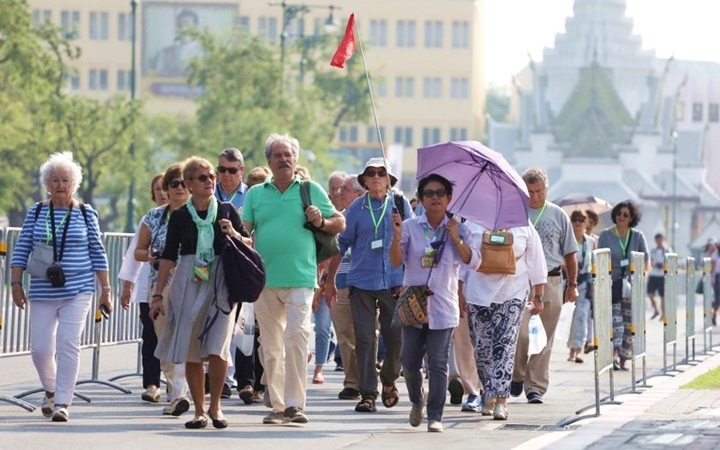 The number of European tourist arrivals in Thailand this year is expected to decline by 1.5 per cent year on year to around 6.66 million, according to the Kasikorn Research Centre.

Their projected spending in Thailand is Bt468 billion, down 1 per cent year on year, due to the tourists adjusting their holiday budgets in response to the baht strengthening against their home currencies.

For the last four months of this year, Centre expects the number of European tourist arrivals to be about the same as the same period in 2018.

According to the Ministry of Tourism and Sports, some 4.44 million European tourists visited in the first eight months of this year, a 1.9-per-cent drop. The decline was seen mainly in the markets of Russia, Germany, Sweden, and France.

This year’s high season was challenging for the sector as the country faced both a stronger baht and tougher competition as other destinations stepped up tourism marketing campaigns.