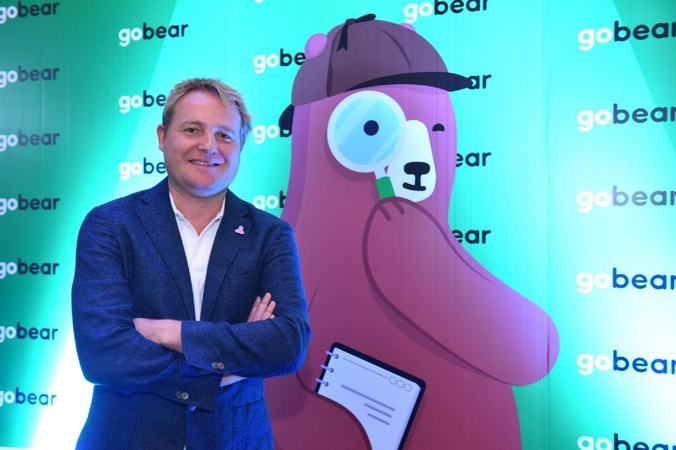 The low rate of investment by Thais stems from a lack of financial liquidity, rather than limited investment know-hows, a study commissioned by GoBear shows.

Conducted last month, results of the study was released today (October 17). The study was commissioned to award-winning, full-service research agency Kadence International and was conducted in four of GoBear's key markets in Asia, namely Hong Kong, Indonesia, Singapore and Thailand.

Marnix Zwart, Chief Commercial Officer and Co-Founder of GoBear, said that the study was produced with the purpose of learning and understanding what people think, feel and do about personal finance.

It found that about 50 per cent of all age groups do not invest because they do not have money left from their monthly expenses.

Other reasons are a lack of sufficient knowledge on investment or perceiving that an investment always carries risks.

In addition, 50 per cent of the respondents admitted that they did not have enough savings in their bank accounts that could cover their expenses for more than six months if they suddenly lost their regular income.

Moreover, 66 per cent also admitted to having recurring personal cash flow problem while 15 per cent of those not having an income or unemployed are left without any financial support, whether it be from their relatives or those around them.

The lack of financial discipline often leads to other problems, including debt, zero savings and no planning for retirement.

The study also shows that the new generation aims to retire at the age of 50, while people aged 46 and above said they would retire at 60.

This means that despite more Thai people wanting to retire earlier, those without financial discipline may have to continue working after reaching the age of 60. In addition, the study from Kadence reveals that 38 per cent of people aged 18-25 and up to 26 per cent of people aged 36-45 have not started planning for their retirement.

According to the study, Thailand scored 61 per cent for overall financial health. Part of this could be attributed to the fact that Thais scored relatively low for financial knowledge.

The major financial problems facing Thai people can be divided into the four areas:

1) The problem of expenses exceeding income is the main reason why Thai people do not save or invest. The study shows that 49.8 per cent of Thais could not invest because they did they have the financial capacity.

In fact, those with low income and high expenses are recommended to invest in products that require a small amount of money and have low risk of losing the initial capital.

2) 50% of Thais said they would have cash flow problem if they are laid off by their employers as they do not have enough savings to cover expenses for more than six months. This means that losing their income stability due to unemployment or in case of an emergency will make their life extremely difficult.

In contrast, people aged over 30 and 40 who have just started planning for their retirement need to have different ways of saving, as opposed to those who started savings in their twenties.

4) Limited financial literacy among some Thais can possibly lead to financial management mistakes. The study shows that 19.5 per cent of the respondents are not keen to invest because they have limited knowledge or are not familiar with the concept of investment.

Moreover, 17.3 per cent perceive that investment in general carries some risks despite the fact that there are various types of investment, coming with high and low risks.

GoBear Thailand today (October17) invited celebrities and financial experts to participate in the seminar "GoBear Fin Detective #สืบฟินวินทุกเรื่องเงิน," aiming to encourage Thai people to pay attention to their financial health, which in turn, will benefit their long-term financial planning.

It also invited financial guru Dr Benjarong Suwankiri, Chief Executive Officer, ME by TMB, to advise on how to enhance the financial health of Thai people.