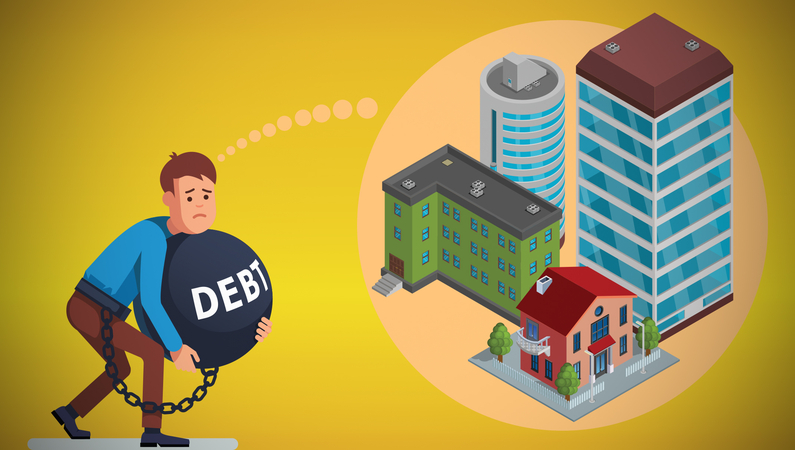 The ratio of household debt to GDP has risen by 78.8 per cent meaning that Thai citizens have combined debts of Bt13 trillion debts, the second-highest in Asia, according to a recent seminar on the subject of household debt and homeownership organized by the Real Estate Information Centre of Government Housing Bank (GHB).

A massive 21 million are now in debt, with people under the age of 30 considered the most fragile group. Because of the money they owe, these millennials have less buying power and that is having a knock-on effect on the government's first-time house buyer project.

The seminar made the point that adolescents and new graduates are finding themselves in debt much too early in their lives.

A senior adviser to the National Economic and Social Development Council, Jinanggoon Rojananan said that even though household debt in the second quarter of 2019 dropped by 5.8 per cent from the first quarter, the situation is still risky.

More than 50 per cent of debts are long-time real estate loans and another 30 per cent are made up of personal debts, credit card debts, and car loan debts. These are considered high risk because they are repayable in the short term and can easily turn into bad debts, which will affect requests for loans by first-time house buyers.

People aged between 26-30 years old are most likely to get into debt as a result of unmanageable home loans.

Sakkapop Panyanukul, a senior executive with the Bank of Thailand (BOT)'s Financial Stability Unit, noted that most Thais overspent and saved 15 per cent less money over the past five years resulting in less buying power while the director of the Finance Ministry’s Macroeconomic Analysis Division Pisit Puapan said he believed that the Thai economy would continue to slow as a result of lower investment.

Consumers were encouraged to make financial plans and evaluate their needs before entering into more debt in the slowing economy.