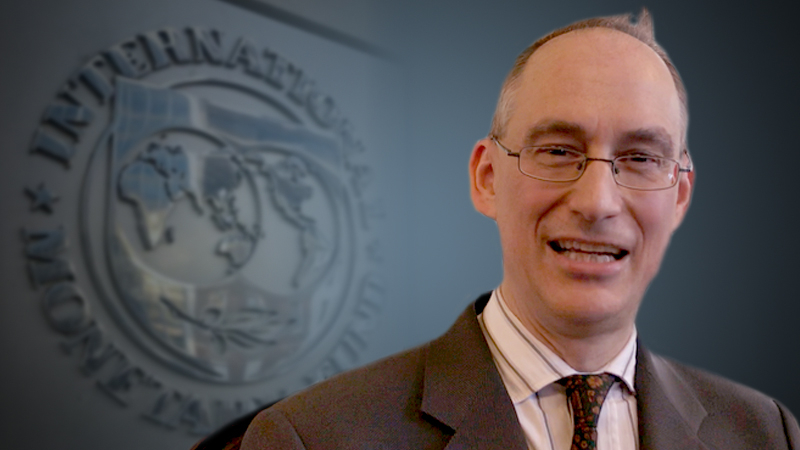 Amid a growing backlash against globalisation, fund managers argue that the wise stance is to brace for economic fragmentation, but an International Money Fund executive has risen to the defence of globalisation.

Jonathan Ostry, deputy director for Asia-Pacific at the IMF, expressed concern about the rising backlash.

IMF calls for further easing of monetary policy, more govt spending amid slow growth
The world and Asia benefit enormously from global integration, which has lifted billions of people out of poverty and will continue to deliver income and wealth, he said.

Others have signalled concern over shifting sentiments.

The United States-China trade conflict is expected to continue for a significant period, and talk of a possible deal coming up could turn out to be merely a truce, said Jean-Louis Nakamura, chief investment officer for Asia-Pacific and chief executive at the Hong Kong Lombard Odier Group.

He said the US and China, the world’s largest economies, were using trade as a tool in their race for technological superiority.

Even if they strike a deal, he said, it would be unlikely to restore the global economy to its former state, noting that  US tariffs average 22 per cent of Chinese goods' value compared to 5 per cent 15 months ago.

Substantial losses of manufacturing jobs are widely seen as helping win the US presidency for Donald Trump and for a majority of Britons voting to pull the UK out of the European Union, he noted.

Previously, it was commonly accepted that, even with domestic factories moving to China and other developing countries, developed economies would continue to thrive thanks to more jobs in the service sector.

That was possible to some extent, Nakamura said, but Western labourers have been forced to tolerate low pay in less productive jobs amid competition from robotics and artificial intelligence. Unemployment in the US is at an historic low, but wages remain low, and their less productive jobs leave workers with less bargaining power to fight for wage hikes.

Demographic changes are also having an impact on globalisation. Millennials demand quick delivery of goods purchased online, so the supply chain has to be in their country or nearby. Concern over environmental harm adds to their insistence that their purchases not be shipped a long distance, Nakamura said.

He pointed out that corporate chief executives at a recent Business Roundtable in the US vowed to keep in mind the interests of business, workers, the government and non-governmental organisations alike, in sharp contrast to the prevailing attitude of the 1990s, when the focus was entirely on maximising profits for corporate shareholders.

Nakamura, however, was optimistic about the future of the Thai economy, crediting the relatively good infrastructure able to attract foreign indirect investment.

Uncertainty over the global economy demands unconventional measures to prevent a slide into a crippling recession, he said.

Yet some policymakers remain reluctant, he said. The US Federal Reserve may need to start buying equities of listed companies, like the Bank of Japan did in the past to rescue the stock market.

Amid increasing uncertainty, investors should think carefully about their strategies, he said.

KBank Private Banking’s establishment of a risk-based asset-allocation fund promises to shield investors from the shock of negative returns on their investments.

In separate interview, Ostry of the IMF expressed concern about the backlash against globalisation, insisting it “makes the pie larger”, while any move towards fragmentation does the opposite and also fails to address public discontent at not sharing in the wealth.

“What you don’t want to do is throw the baby out with the bathwater,” he said.

When a country becomes deeply integrated with the global economy and embraces the “fourth industrial revolution” represented by technology, workers need new skills and knowledge to benefit and a social safety net is put in place to support people still searching for jobs.

Governments should confront the issue of the benefits not being broadly shared, Ostry said. “They should take steps to ensure the winnings will be better shared in the future than they were in the past.”

Trade tensions between the US and China and between Japan and South Korea have been “extraordinarily costly for the world and the participants”, he said. The cost goes beyond those of high tariffs and counter-tariffs to affect confidence in the financial markets and slow productivity due to all the uncertainty. “It is killing the animal spirits that drive investment in these countries and the world,” Ostry said.

Conflicting parties should tackle head-on fundamental issues such as the protection of intellectual property rights, technology transfer and trade subsidies via the multi-lateral, rule-based system under the World Trade Organisation, he suggested.

Every country could do more to facilitate the free movement of goods, labour and capital and they should be more open to foreign direct investment, he said. “It not just about the US and China – every country has a stake in the system. Even small countries can lead by example.”