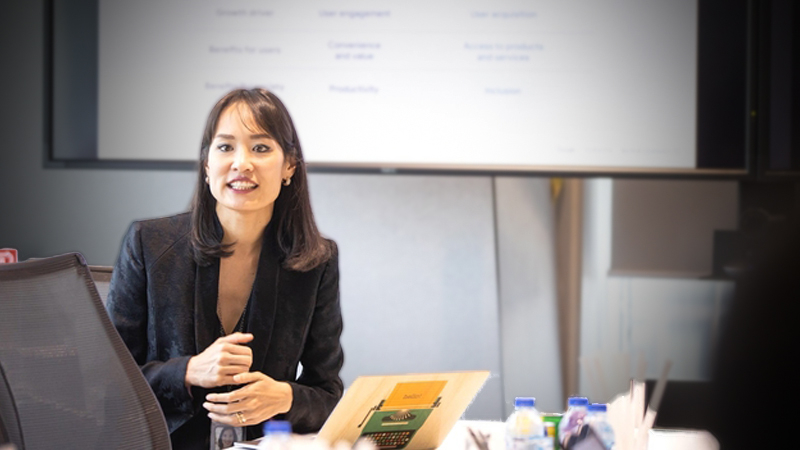 In 2016, Google and Singaporean investment firm Temasek launched a multi-year research program to delve into the internet economies of Southeast Asia.

This year, global management consultancy Bain & Company has joined in as a lead research partner, as Google and Temasek continue to track the growth of the internet economy in the region.

The latest “e-Conomy SEA 2019” report from this study shows that Southeast Asia's internet economy reached $100 billion for the first time this year, with 360 million people now linked up to cyberspace – 100 million more than just four years ago.

The region’s internet economy in terms of gross merchandise value currently only accounts for 3.7 per cent of the national GDP, lower than United States’ 6.5 per cent in 2016. This represents a huge opportunity for accelerated growth.

The report forecast that by 2025, the regional internet economy will have tripled to $300 billion.

For Thailand, the internet economy hit $16 billion in 2019, making it the second largest in Southeast Asia after Indonesia. It has been growing at 29 per cent per year and is expected to reach $50 billion by 2025.

Online travel (flights, hotels, vacation rentals) remains the largest segment in Thailand and is the most mature, with $7.2 billion in gross bookings value in 2019, growing at 17 per cent CAGR (compound annual growth rate).

E-commerce is the largest and fastest growing segment in Southeast Asia. In Thailand it has shown the most accelerated growth at 54 per cent CAGR since 2015, reaching $5 billion in 2019 and is expected to hit $18 billion by 2025.

Online media (advertising, gaming, subscriptions and music and video on demand) is also growing rapidly in Thailand at 39 per cent CAGR to reach $3 billion and is set to reach $7 billion by 2025.

This is driven by the high levels of engagement on social media and video platforms among Thais.

Opportunities are spreading beyond big cities.

To date, seven major metropolitan areas have been making up more than 50 per cent of Southeast Asia’s internet economy, despite accounting for just 15 per cent of the total population.

However, by 2025, it is forecast to grow twice as fast outside cities as well, creating new jobs, opportunities as well as greater demand for education and training.

While the region's internet economy has experienced a surge in fundraising over the last four years, funding for Thai start-ups has dried up, especially in the later stages.

This information was shared by Google Thailand’s interim country manager April Srivikorn at a roundtable in Thailand on October 31.

More insights on this year’s report are available on Think with Google.