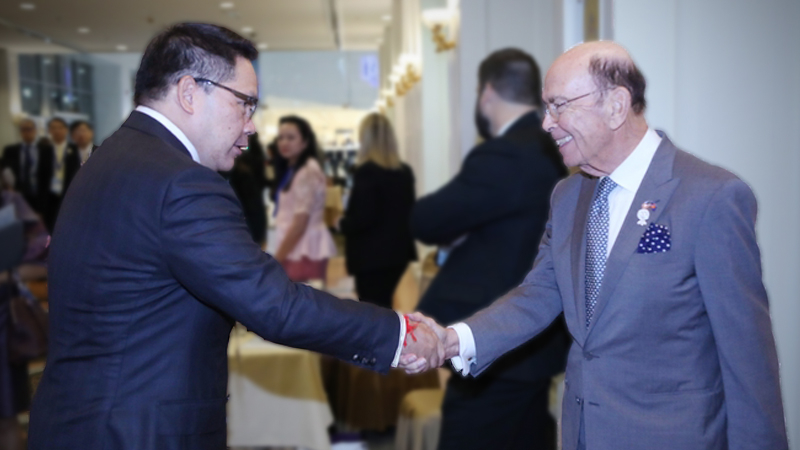 US business leaders on a visit to Thailand are seeking opportunities, especially potential relocation of their production bases, as they manage risks stemming from the US-China trade war, director-general of the Finance Ministry’s Fiscal Policy Office Lavaron Sangsnit said on Tuesday (September 5).

US Secretary of Commerce Wilbur Ross and the delegation of executives representing 16 American companies met Finance Minister Uttama Savanayana to discuss trade and investment between the two countries on the sidelines of Asean Summit on Monday.

US firms are interested in investing in the Eastern Economic Corridor (EEC), the government’s flagship project.

Baxter International, one of world’s leading medical supplies manufacturers, has already invested in the EEC.

Ross and the US delegation are visiting Thailand, Indonesia and Vietnam as part of the Trump administration’s efforts to promote its Indo-Pacific strategy, which has been seen as counter move against China’s Belt and Road Initiative.

Ross also expressed US support for Thailand 4.0 and praised the kingdom for moving up to the 21st place in the Doing Business ranking and successfully hosting the Asean Summit and Related Summits between November 2 and 4 in Bangkok.