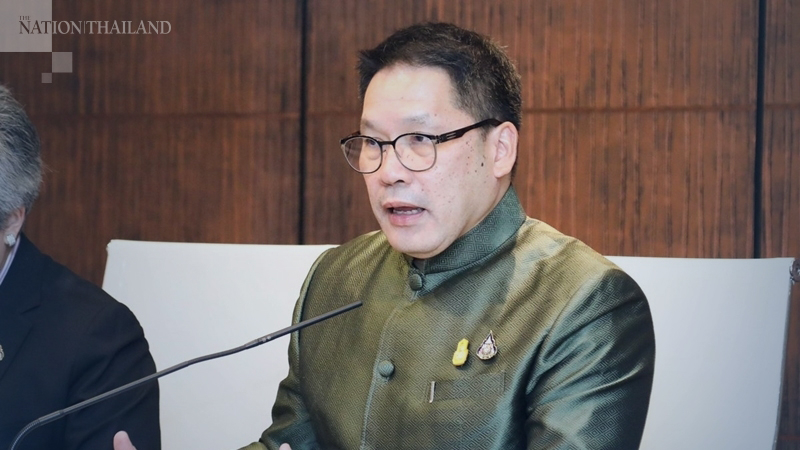 The Finance Ministry will propose to the Council of Economic Ministers on Friday a plan to hand out Bt1,000 each to around 10 million low-income earners as part of its first relief package to mitigate the economic impact of the Covid-19 outbreak.

Minister Uttama Savanayana said today (March 4) that the ministry would propose the first set of relief measures to the meeting. If approved, they will be forwarded to the Cabinet on March 10.
He has assured that the measures would be in line with fiscal discipline. If they failed to lift the economy, he still has other options at his disposal , Uttama said.
Under the handout plan, money will be transferred to low income earners and freelancers, totalling more than 10 million. Their monthly salary must not be more than Bt15,000 and will have to register for the give-away.
He added that the handout will be Bt1,000 per person and will be transferred to them via PromptPay channel. He has already assigned the ministry's permanent secretary to work out details of the transfer process.
Other measures include extension of soft loans by the Government Housing Bank to commercial banks, which will in turn lend to affected businesses. There will also be tax incentives to discourage companies from laying off employees.
However, he insisted that the government would not cut value-added tax.
Tourism and Sports Minister Pipat Ratchakitprakarn said he would propose to the economic ministers' meeting on Friday that the government allocates Bt5 billion to promote a "Eat, Stay, Travel" campaign, aimed to boost domestic tourism.
The campaign will hand out Bt1,000 each to 5 million eligible Thais, he said, adding that the participation process would be similar to that of the "Eat, Shop, Spend" campaign.
Registrants who have received the money will have to travel to other provinces and stay there for at least one night. They will have to start the journey within three months. If the Cabinet approved the campaign, it could begin next month.

The Joint Standing Committee on Commerce, Industry and Banking, has revised downward its forecast of Thai economic growth this year to between 1.5 per cent and 2 per cent from its previous projection of 2 to 2.5 per cent. The revision was based on assumption that the Covid-19 outbreak worldwide would pass its peak in the middle of this year and economic activities return to normal in the fourth quarter, it said.