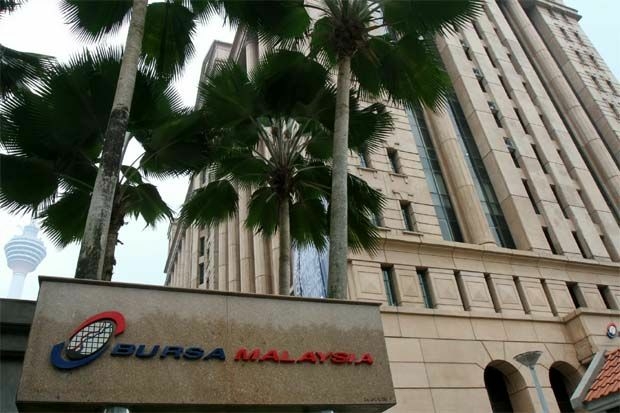 Further contributions to the overall drop in non-resident flows to Asia-6 stem from South Korea (-US$12bil) and Malaysia (US$5bil), while Thailand is projected to see a small increase in inflows, the IIF says.

Among emerging-market (EM) economies, six Asian countries have stood out as major benefactors of foreign capital flows in recent years.

Calling these countries the Asia-6, comprising Malaysia, Indonesia, Thailand, India, South Korea and the Philippines, the Institute of International Finance (IIF) says they are taking up an increasingly important place on the EM investment map.

The global association of the financial industry attributes this to the region’s financial opening and the role it has played in the globalisation of goods and services trade over the past three decades. Reflecting the increasing appeal of Asia-6, it notes, non-resident capital flows to these countries accounted for 28% of total EM flows last year, compared with 20% in 2010 and 12% in 2000.

According to the IIF, as Asia-6 emerge from the Covid-19 crisis, non-resident capital flows to the region are projected to recover in 2021, increasing to US$275bil from the estimated US$210bil this year.

“The Asia-6 are benefiting from better growth prospects, solid macro fundamentals, the advancement of reforms, and strong external positions, ” the IIF explains.

“A new wave of Covid-19 infections, similar to current developments in Europe and the United States, and the potential need for renewed lockdowns (however) represents the main downside risk to the outlook, ” it adds.

The IIF’s projection for this year is that foreign capital flows to Asia-6 would decline about 25% this year amid a damped economic outlook because of the Covid-19 pandemic.

It expects foreign flows to the region to come in at US$210bil in 2020, compared with US$282bil in 2019, with the decline largely attributable to sharply lower portfolio capital inflows as well as weaker foreign direct investment (FDI).

Specifically, foreign capital flows to the region is expected to come in lower in the second half of this year, following a temporary pickup during the three months to June 2020.

“With China and the Asia-6 experiencing the first wave of Covid-19 much earlier than other regions, the capital flows picture deteriorated primarily in the first quarter of 2020 as a result of large portfolio investment outflows of US$38bil (US$25bil in stocks and US$13bil in bonds), but also showed strong signs of a rebound in the second quarter of the year when most countries around the world experienced the worst lockdown effects, ” the IIF explains.

“The significantly weaker picture in the last six months of 2020 is a result of sharply lower other investment and still-muted portfolio investment, while recovering FDI plays a supportive role, ” it adds.

India, which ranks second in the world in total Covid-19 infections, and for which it forecasts an unprecedented economic contraction of 11.3% this year, is responsible for roughly half of the total decline in flows to the Asia-6 from 2019-2020, that is, a drop of US$38bil.

The Philippines, where pandemic-related lockdowns were the most stringent in the region, are expected to experience the largest drop in percentage terms, that is, down 41% or US$7bil.

Indonesia, on the other hand, is in a somewhat better position, benefitting from stronger foreign purchases of domestic bonds and timely fiscal and monetary responses, the IIF says.

Nonetheless, it expects, non-resident flows to Indonesia to fall 28% year-on-year to US$15bil in 2020.

Further contributions to the overall drop in non-resident flows to Asia-6 stem from South Korea (-US$12bil) and Malaysia (US$5bil), while Thailand is projected to see a small increase in inflows, the IIF says.

Meanwhile, FDI has been an important source of external financing for EM Asia.

“Inflows are attracted by the region’s critical role in global supply chains as well as large home markets.

In the medium term, the region’s positive growth outlook and a potential diversification of global supply chains away from China will continue to drive robust increases, it says.

Turning to foreign holdings of domestic government debt, the IIF projects reductions in all except in the case of South Korea.

“We expect foreign investors to continue to differentiate within the region on the basis of macroeconomic fundamentals, reform steps taken, and assessments of political stability, ” the IIF says.

In general, the outcome of the US presidential election will be a significant determinant of the financial account outlook for Asia-6 in 2021, with trade and investment policies as the most important factor, it adds.