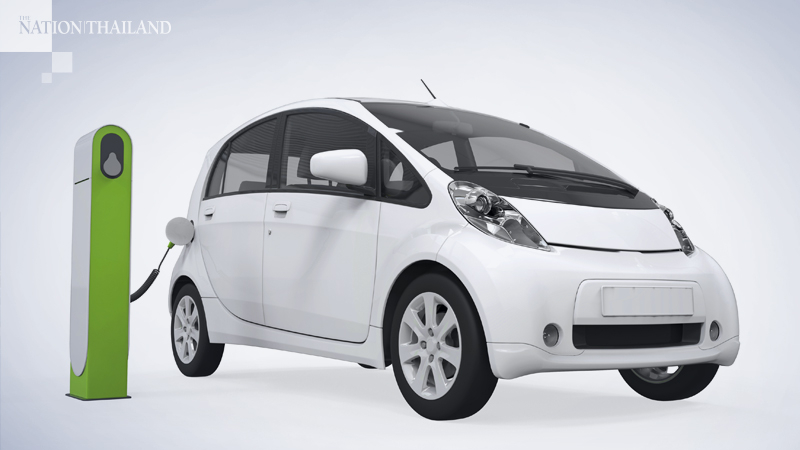 Energy Ministry unveils plans to boost use of electric vehicles

Energy Minister Supattanapong Punmeechaow said on Tuesday that the Centre for Economic Situation Administration (CESA) will on December 2 consider the policy on exchanging old vehicles for new ones.

Initially, it was proposed that the new vehicles in the exchange scheme must be electric and locally made in a bid to cut down on pollution and PM2.5 particles.
A government source said the exchange scheme aimed to drive the country’s electric vehicle (EV) industry as well as improve the environment.
The aim is also to turn Thailand into an EV production hub as well as increase the proportion of electric vehicles on Thai roads to 50 per cent by 2030, 85 per cent by 2035 and 100 per cent by 2040.
The scheme comprises seven projects, namely:
• Up to 100,000 cars aged 12 years or more can be exchanged for a discount of up to Bt100,000 per electric vehicle.
• Backing the production of up to 100,000 electric motorcycles per year for use as motorcycle taxis, delivery vehicles and personal vehicles by reducing costs as well as promoting battery rental business and a SWAP charging station. This should make motorcycles 50 per cent cheaper.
• Converting 2,511 Bangkok Mass Transit Authority (BMTA) into electric air-conditioned buses and renting them out on a per-kilometre basis. This project aims to boost domestic production of electric buses by offering tax privileges to manufacturers as well as making the import of EV parts cheaper.
• Supporting the use of electric vehicles by different government agencies.
• Supporting the building of charging stations by improving regulations as well as strengthening the smart grid network plan so a charging station can be set up every 70 kilometres nationwide. This will also include setting the cost of power at a fixed rate of Bt2.64 per unit as well as promoting investment in DC-charging stations in remote areas.
• Enhancing the automotive industry’s transition to the electric era by promoting the use of EV in the country and preparing auto-parts makers’ readiness to shift efficiently.
• Funding the disposal of car wreckage and support for the Automotive and Tyre Testing, Research and Innovation Centre to enhance the capabilities of Thai automakers as well as upgrading the skills of workers.