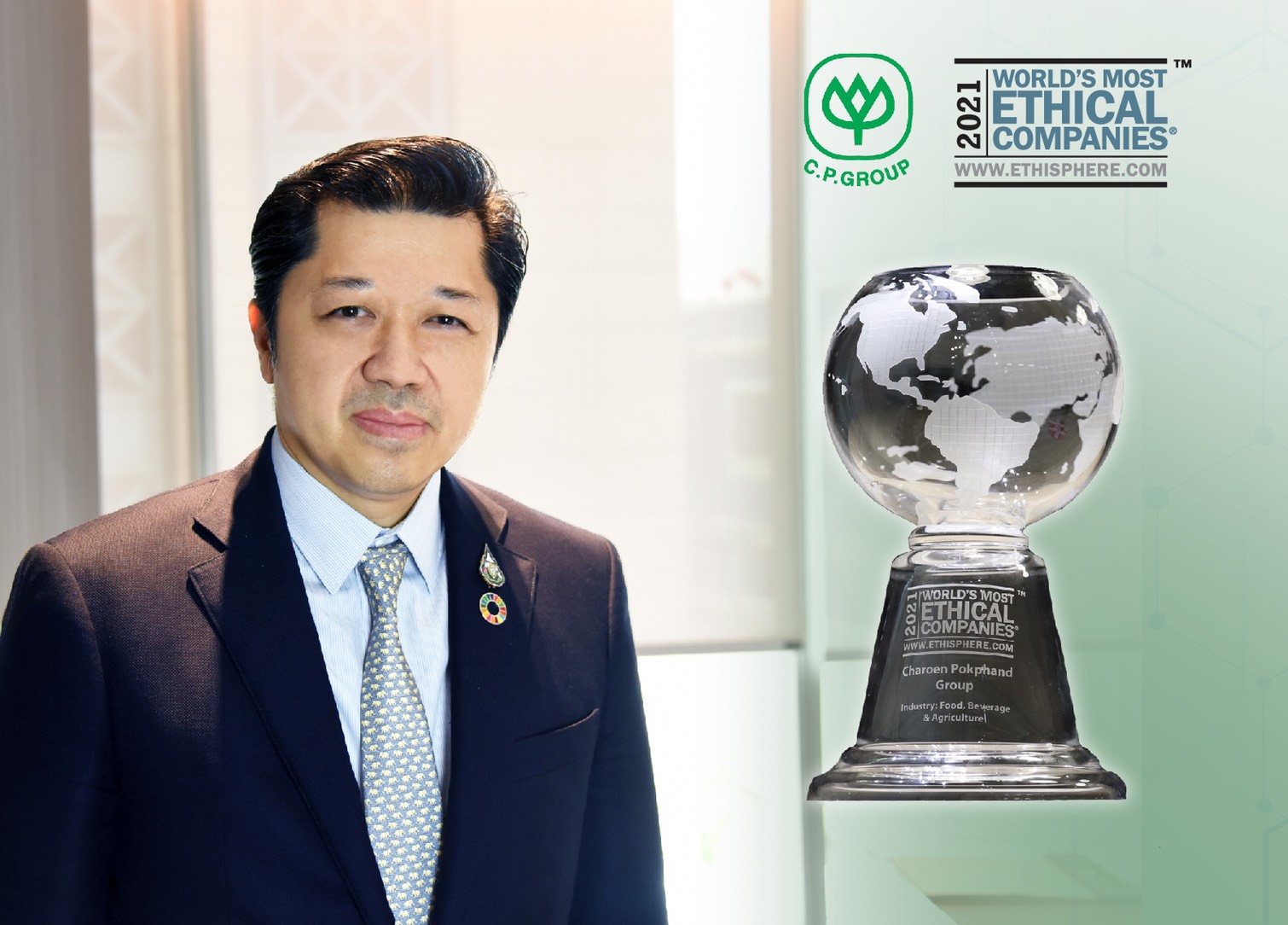 Ethisphere handed out the awards virtually at the Virtual WME Honoree Gala 2021, which was attended by top executives from 22 countries such as Kellogg, LinkedIn, Sony, L'OREAL, Microsoft, PepsiCo, and Prudential.

In a speech on the virtual stage, Suphachai said CP Group has grown to a 400,000-employee strong organization thanks to its strong ethical values.

He said of the six cultural values CP Group follows, two are directly related to ethics. The first is the so-called “3 Benefits Principle”, in which the company ensures it is the country and its people benefit before the company does.

He also said that CP Group values honesty and integrity, which is the cornerstone of business and has helped it gain trust and creditability. He said the group will continue operating with social responsibility to create sustainable business growth.

“With this recognition from Ethisphere Institution, we are deeply motivated to do more. Being an ethical company doesn’t mean that you cannot make mistakes, we may make mistakes, but we learn from our mistakes, not to make them again.

“CP Group will continue to thrive to become a better company and we will never stop our efforts in making this company sustainable through ethical principles.

“Lastly, I would like to say thank you to Ethisphere Institution, for giving us this recognition. It really means a lot, not only to myself as a CEO of the company but also to all of our 400,000 employees who have been a major part in driving this throughout the company”, Supachai said.

Timothy Erblich, CEO of the Ethisphere Institute, said the business sector is a vital force in helping to provide solutions for various social and environmental problems through business processes.

Conducting business sustainably with the environment, society and good governance in mind has the power to help propel the world better, he added.