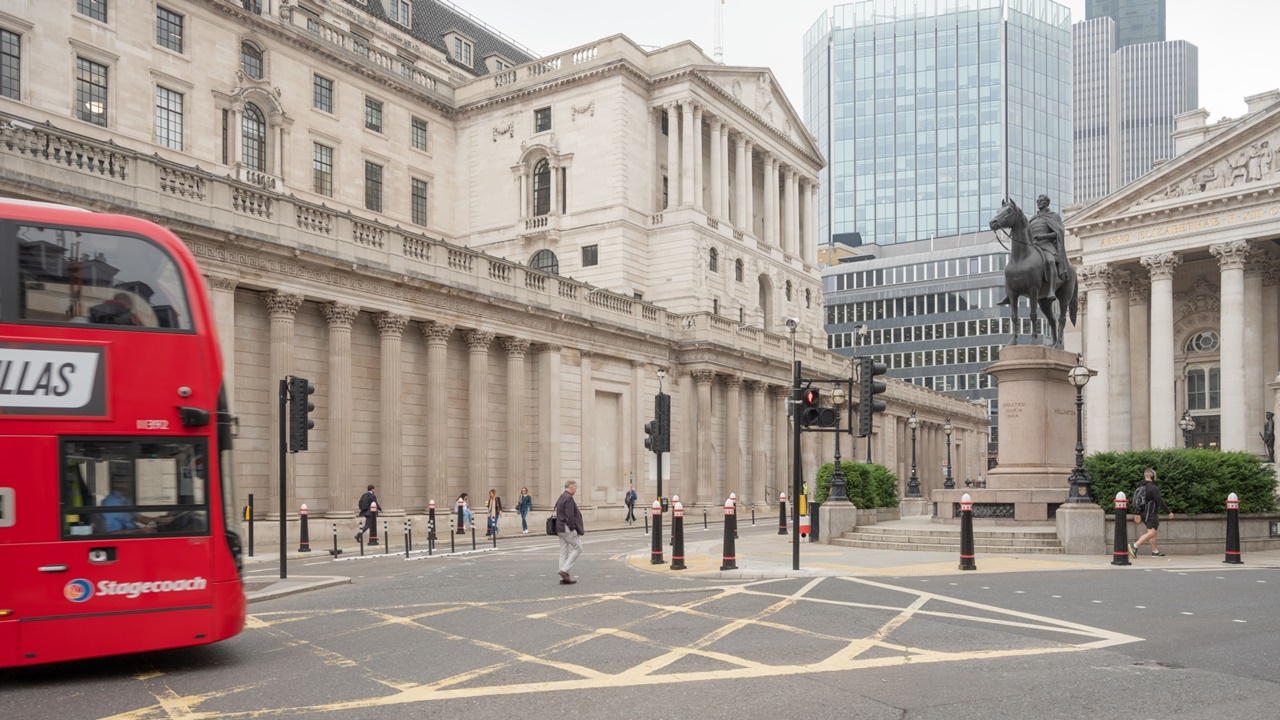 The guardians of the British economy are working to start reducing the supply of stimulus long before the fallout from the coronavirus crisis comes to an end.

After winning widespread praise for a quick, bold and coordinated response to the pandemic last year, the U.K. Treasury and the Bank of England now are preparing to be among the first among industrial nations to whip away that support.

Chancellor of the Exchequer Rishi Sunak is on course to raise taxes and cut spending to control the budget deficit, while BOE Governor Andrew Bailey has warned interest rates are likely to rise in the coming months to curb a rapid surge in prices. Together, those moves would mark a simultaneous major tightening of both policy levers just months after the biggest recession in a century -- an unprecedented move since the BOE gained independence in 1997.

The action could leave the U.K. an outlier on the world stage after it suffered a greater economic loss than many of its peers during the pandemic. The speed of policy reversal also risks complicating what's likely to be a difficult winter for Britain, which is facing up to slower growth, widespread labor shortages and a cost-of-living crunch for its poorest citizens.

Figures published on Wednesday show the economy grew less than expected in August following an unexpected drop in output in the previous month, raising doubt about whether output will return to pre-pandemic levels this year.

"We're in a situation where both Rishi Sunak on the fiscal side and the BOE look like they are rushing to the exit," said James Smith, a former BOE senior economist now serving as research director at the Resolution Foundation. "There are signs that momentum is fading, and you're adding into that tightening from the chancellor and the bank, potentially."

The result may further soften growth after post-lockdown euphoria fades. Britain's economy may expand 6.8% this year, the fastest in the Group of Seven nations, according to the International Monetary Fund. But a comparison of 2024 forecasts and those made in pre-pandemic 2019 suggest the U.K. is at the bottom of the pack.

The twin tightening is being prompted by a shift in priorities for both the BOE and Treasury.

The central bank expects inflation to leap over 4% this year, more than double its target. That has prompted policy makers to shift away from stimulating growth and toward the risk of an upward spiral in prices setting in -- a move economists say is part of an effort to would burnish the bank's inflation-fighting credentials.

Bailey last month opened the door to raising borrowing costs this year. That would see the bank withdraw stimulus before the U.S. Federal Reserve at a time when the U.K. economy will probably remain smaller than before the crisis. Markets are pricing in the first move by December.

Sunak, who spent billions supporting jobs and incomes during the crisis, is shifting toward controlling debt. He's closed the furlough program protecting wages for those out of work during the pandemic, scrapped a temporary increase in universal credit benefits and planned for a substantial tax increase in April, calling further largess "immoral."

While that's short of the kind of austerity that the Conservative government imposed after the financial crisis a decade ago, it's still a rapid removal of support that will hit hardest for may of those on low incomes. It also will coincide with a surge in food and energy costs, driven by a series of global supply shortages.

Sunak will set out further plans in a budget and spending review scheduled for Oct. 27. The Institute for Fiscal Studies says he may need to make cuts of 2 billion pounds to spending just meet his existing commitments at a time when a public clamor is growing to add to funds for health and education.

The chancellor may be considering the political cycle, with strict limits now so he can offer giveaways around the time of the next election, which must be held by 2024, a lawmaker on the Treasury Committee said.

The risk is that the BOE and Treasury will removing support before the full impact of the Covid-19 crisis has passed, leaving business and consumers pushing for aid at a time when the government is taking it away. That dynamic is very much in play this week, with growing pressure from businesses for help to see them through a surge in energy prices.

Sunak should be bolder in his approach because investors haven't yet revolted, according to Jim O'Neill, a former Treasury minister and former chief economist at Goldman Sachs.

"I don't think it's going to happen," O'Neill said. "We've reached levels of spending in this country and elsewhere in the world that conventional economic thinking wouldn't have dreamt would have been possible without causing huge damage in the bond market. As of yet, there isn't any."

In both the monetary and fiscal spheres, the U.K. seems more worried than other nations about credibility, said Fabrice Montagne, an economist at Barclays.

"They have already made the mistake of rushing out of support measures thinking things are alright," Montagne said.