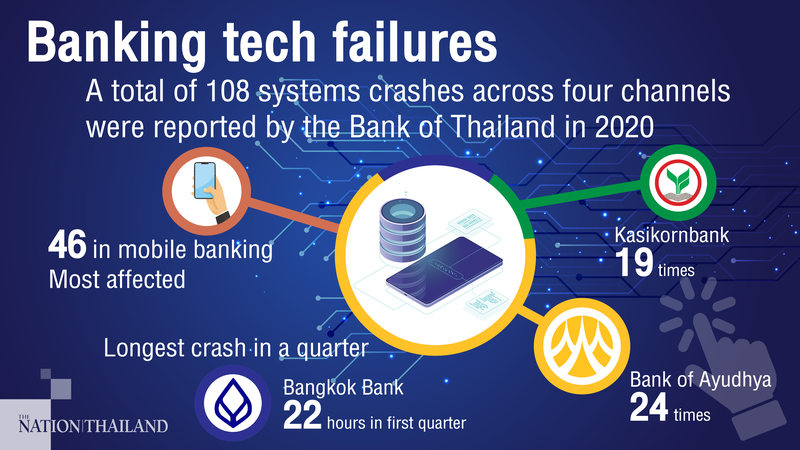 There were 108 times when banks suffered IT systems failures across all channels, includung 46 via the mobile banking channel.

The statistics of system disruptions affecting services through important channels, whether on mobile banking, Internet banking, ATM, EDC and via branch channels in the fourth quarter and entire last year were revealed by the Bank of Thailand (BOT).

Bangkok Bank (BBL) followed with a total of 13 crashes of which mobile banking was 11 times.

The only bank without any system interruption in 2020 was Thanachart Bank.

The bank that suffered the longest system failure in 2020 was Bangkok Bank, whose operations were disrupted for 22 hours in the first quarter of 2020.

BOT assistant governor Sirithida Phanomwan na Ayutthaya said the rate of crashes, or the problem of disruption of the information technology system, has continued to decline after banks raised the level of digital services to support rapidly increasing digital transactions.