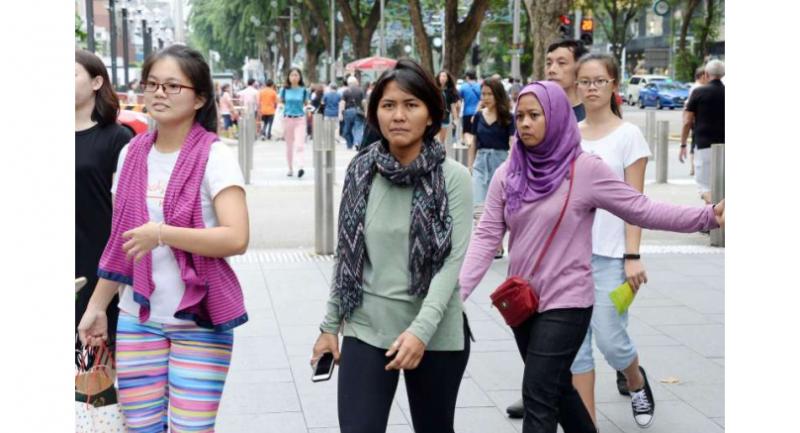 The recent spell of cool and cloudy weather may have given a different impression, but 2016 will go down as the hottest year since Singapore started maintaining temperature records in 1929.

According to the latest update from the Meteorological Service Singapore (MSS) yesterday, 2016 has been the hottest year on record in Singapore - and globally.

As of Thursday, the mean annual temperature recorded at the Changi climate station, which is used as a reference station, was 28.4 deg C.

"Temperatures soared in the first half of 2016 due to the effects of a very strong El Nino," said an MSS spokesman, referring to the weather phenomenon associated with prolonged warmer weather in this part of the world. "The temperatures remained well above the long-term average for the rest of the year.”

New monthly records for the hottest January, April and August were also set this year.

Corals depend on symbiotic algae called zooxanthellae for food. Bleaching occurs when abnormally high sea temperatures cause corals to expel the zooxanthellae living in them, turning them white.

Associate Professor Koh Tieh Yong, a weather scientist at SIM University, said the El Nino event - which straddled this year and last year - is the third strongest since 1950.

Thankfully, the El Nino effect in Singapore waned in the first half of the year, said research scientist Erik Velasco from the Singapore- MIT Alliance for Research and Technology.

He added that earlier forecasts had suggested that El Nino would continue into the dry season from June to September, when Singapore traditionally experiences haze caused by forest fires in Indonesia.

"Luckily, it didn't... and we got away from the haze," said Dr Velasco, who studies climatology in urban environments.

Singapore enjoyed relatively haze-free skies this year except for one day of haze on Aug 26.

That day, air quality - as measured by the 24-hour Pollutant Standards Index - hit unhealthy levels for the first time this year, with the western end of the island registering a reading of 105.

A comparable El Nino event has not been flagged for the year ahead. But Prof Koh said: "Long- term climate change is happening slowly but surely over Singa- poreans' lifetime."

The weatherman also said yesterday that rain is expected for the first two weeks of the new year, although it is likely to be less intense than in the past two weeks.

Thundery showers are still expected mostly in the afternoon on five to seven days over the next fortnight, and could extend into the evening on a few days. However, the rainfall for the first half of January is expected to be slightly below normal, said the MSS.

Earlier this year, climate scientists predicted that the La Nina weather phenomenon, associated with more rain in this region, would kick in during the third quarter of this year. However, only weak La Nina conditions were observed, and its effects were not considered significant.