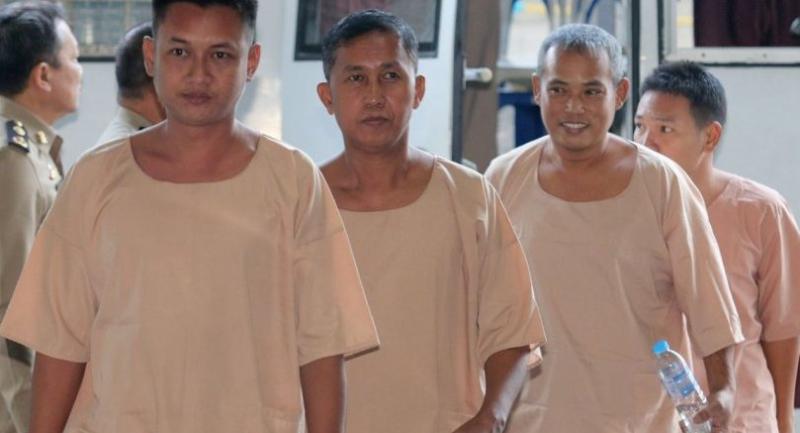 Govt says ‘men in black’ case not linked to reconciliation

THE GOVERNMENT urged people not to connect the sentence of two “men in black” on Tuesday to its current effort towards reconciliation.

Maj-General Sansern Kaew-kamnerd said yesterday that the issues were not the same and wrongdoers must go through the normal legal process, while reconciliation looks forward to the country’s future.
Two of five “men in black” were sentenced by the Criminal Court on Tuesday to 10 years in jail each for possessing and carrying in public weapons without a permit, ammunition and explosive devices while they mingled with red-shirt demonstrators at a protest on April 10, 2010 at Khok Wua intersetion and on Tanao Road and Prachathipatai Road.
Sansern claimed that the court’s verdict countered a claim by some political groups that the military officers fired on each other and proved that the “men in black” had committed wrongdoing.
He also claimed that the verdict confirmed that the demonstration was not peaceful. Sansern said the defendants have the right to appeal following normal procedures.
Sporadict clashes broke out between the military and red-shirt protesters during the demonstration.
Red-shirt protesters were rallying against the Abhisit government at the time. The clash resulted in a number of casualties and deaths of military officers, protesters and one foreign journalist.
The “men in black” were accused of being part of the violence, and the court sentenced two of them, who were identified by the black woven hoods they wore.
Some witnesses including the military, police and protestors close to the defendants confirmed they were in the area with weapons.
The other three were released due to insufficient evidence.