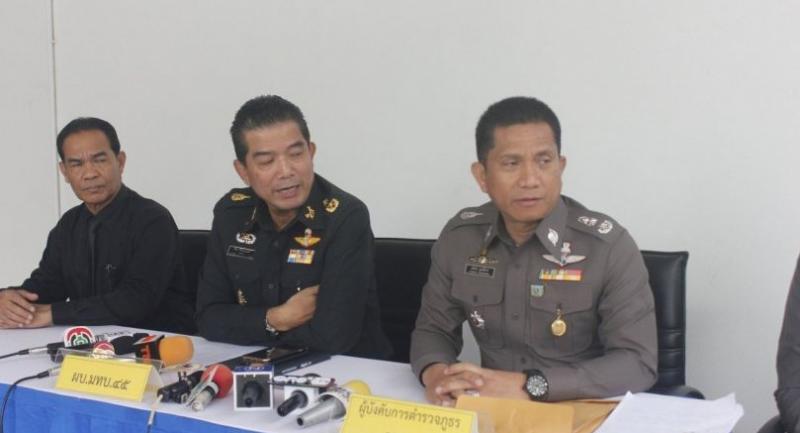 Nine warrants out for killing of conscript

Army vows to stay out of police probe into private’s brutal beating at camp.

A MILITARY court has approved arrest warrants for nine soldiers for their alleged role in the fatal attack on a conscript at a military prison in the South.
Private Yuthkinan Boonniam was brutally beaten up while in detention in Vibhavadi Rangsit Military Camp in Surat Thani province. He died on April 1, leaving behind his grieving mother. Suspected attackers yesterday laid prostrate before her, offering sincere apology and begging for her forgiveness. The sobbing mother has agreed to forgive them and now scheduled to cremate her son's body on April 10.
“Ongoing investigation |suggests four to five detainees at the same military prison attacked Yutthakinun because they had a quarrel during their detention,” Maj-General Wichai Tassanamonthien, who heads the 45th Military Circle, told reporters yesterday.
The prison where the attack took place is a part of the 45th military circle.
Wichai said the military would not interfere in the investigation being conducted by police.
He has allowed police investigators to enter the military prison to interrogate the suspects in the case.
The court of the 45th Military Circle yesterday approved arrest warrants for nine of the 10 suspects identified by police.
They include both sergeants and privates.
The court decided against issuing a warrant for Sergeant Surachet Prommart as it said he had a permanent address, continued to serve in military services, and had not tampered with evidence in the case.
Army chief General Chalermchai Sittisart has already handed over Bt100,000 cash to Yuthkinan’s mother as remedial action.

‘Culture of impunity’
Human Rights Watch (HRW) yesterday called for an independent investigation into Yuthkinan’s death and for a broader campaign to end the longstanding use of corporal punishment in the Armed Forces.
“The government and the military should urgently act to end these brutal assaults and the culture of impunity that has meant no punishment for abusive soldiers and the officers ultimately responsible,” HRW said.
HRW said the Thai government is not known to have prosecuted successfully any members of the security forces for torture or other serious abuses against civilians.
In many cases, Thai authorities have provided financial compensation to the victims or their families in exchange for their agreement not to pursue criminal prosecution against abusive officials, HRW said.
There have also been many reported instances of military officers retaliating against their accusers by filing criminal defamation lawsuits and alleging that those complainants had violated the Computer-Related Crime Act by disseminating false statements online, HRW added.