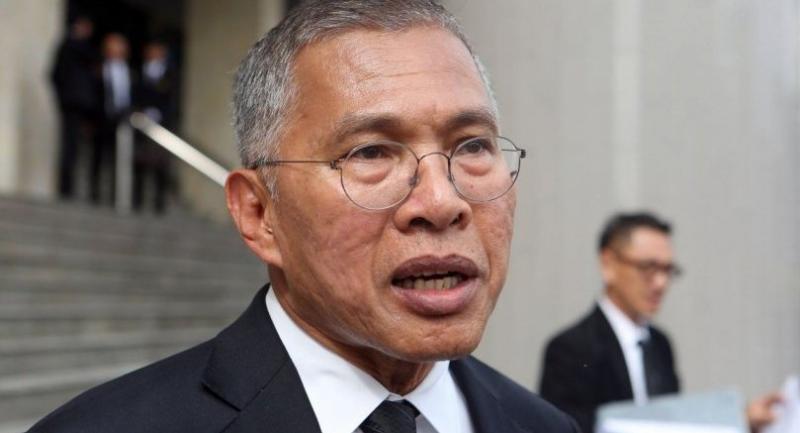 Watana Muangsook, a key Pheu Thai Party figure, has defended his plan to gather support for former prime minister Yingluck Shinawatra, who is soon to hear the court’s verdict in the case concerning her alleged negligence in managing her government’s rice-pledging scheme, arguing that it is “a tradition” to do such a thing and should not require anyone’s permission in the first place.
Watana appeared at the military court on Monday to testify in relation to another charge against him concerning an allegation that he had broken the junta’s temporary release conditions, following his posts during the referendum campaign last year.
He said he would deny that particular charge because he felt that what he had done was not illegal as he was merely expressing his views, and not holding any political activities.
He also mentioned the fresh allegation against him, concerning a planned gathering to give support to Yingluck on August 25, when the Supreme Court’s Division for Holders of Political Positions is due to deliver its much-anticipated ruling in the rice-pledging case.
Pol Colonel Chakrit Sawasdee, deputy commander of the Crime Suppression Division, said on Sunday that the police were considering whether Watana could be deemed to have broken the computer law, Article 14 of which prohibits posting “distorted” information on the Internet.
Last Friday, police filed a complaint against him for breaking the penal code’s Article 116 for instigation, as the former minister had published on his Facebook page several posts referring to what he called the junta government’s “legal bias” against its political opponents.
He also posted about the coming verdict in Yingluck’s case regarding her alleged negligence in managing her administration’s rice-pledging scheme, while calling on her supporters to join him in person at the court on August 25.