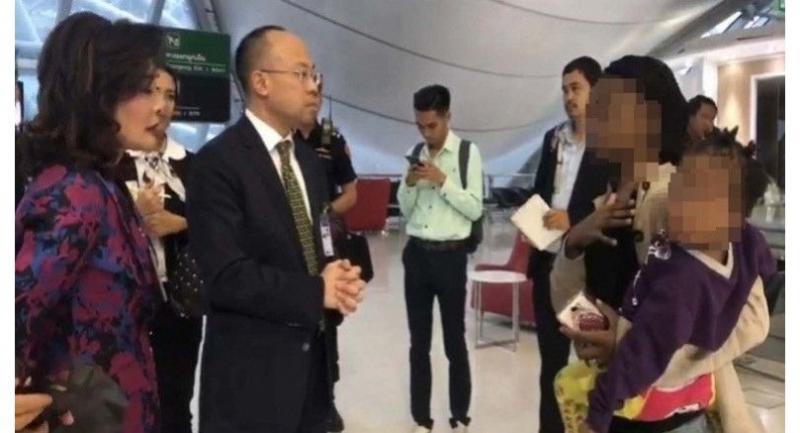 Plan to move stranded family out of airport

A ZIMBABWEAN family who have been stranded in the departure lounge at Suvarnabhumi International Airport for three months after refusing to return to their home country may be moved to a Bangkok detention centre, pending a consideration of their asylum application by the United Nations High Commissioner for Refugees (UNHCR).

Pol Colonel Choengron Rimpadee, deputy immigration commander, said the UN agency had already agreed to seek a solution for the family of four adults and four children aged from two to 11 years old but nobody knew how much longer the process would take.
“If the UNHCR’s procedure takes a long time, we plan to move them to Soi Suan Plu detention centre where they will be allowed stay in a waiting area,” he said. “However what I have learnt from UNHCR is that the procedure will not be long.”
According to Agence France-Presse, Vivian Tan, a spokeswoman for the UN refugee agency in Bangkok, has said the UNHCR was “currently exploring potential solutions” for the family but could not provide more details for confidentiality reasons.
The family have been trying to fly to Spain since late October but were charged with overstaying their visas. When Thai immigration officials wanted to deport them to Zimbabwe they refused, citing political tensions in the country.
In November, they tried to board a Ukraine International flight to Mauritania via Ukraine and Spain. When they arrived in the Ukraine, they were not allowed to board their onward flight as they had no proper travel documents. They were sent back to Bangkok and have been staying at the airport ever since. Their plight came to light this week after an airport staffer posted photos of himself handing a Christmas present to the children.