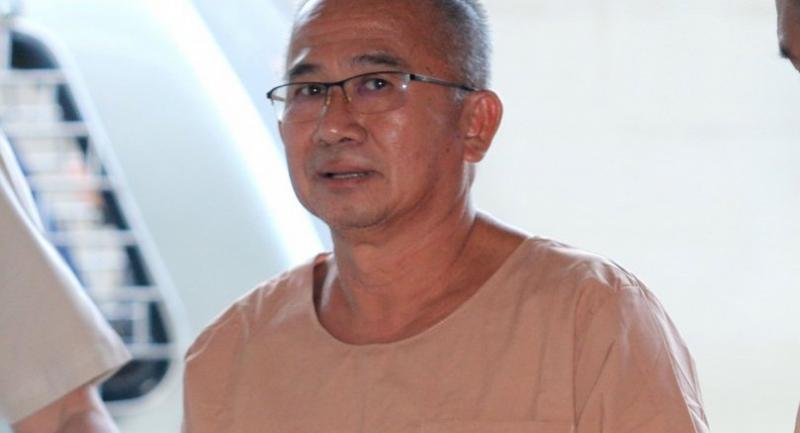 THE JAILED former president of the Klongchan Credit Union Cooperative (KCUC) received another blow after the Civil Court ordered him and his convicted accomplices to pay more than Bt9 billion back to their embezzlement victims.
At the centre of the embezzlement scam is Supachai Srisupa-aksorn, who is now serving a lengthy jail term for his crimes.
He has been facing several lawsuits in recent years, even after being jailed.
On Wednesday, the court ordered Supachai, Phra Khru Palad Wijan (Thirangkulo) and several other accomplices involved in illegally channelling a massive amount of money from the KCUC to others to repay more than Bt9 billion.
This order was based on evidence that Supachai had violated KCUC rules by signing 878 cheques out of vested interest for issues not related to the cooperative, which was against KCUC rules, with help from some officials at the KCUC. The total of these cheques amounted to Bt9.64 billion.
Supachai and his convicted accomplices were this week ordered to pay the money back at an annual interest of 7.5 per cent to the KCUC. The interest will be calculated from the date the lawsuit was filed against him in 2014.
Phra Khru Palad Wijan (Thirangkulo) is a secretary of Phra Dhammachayo, the controversial former abbot of the Dhammakaya Temple.
Facing charges of money laundering in connection with the KCUC embezzlement, Phra Dhammachayo has now gone into hiding.
Existing evidence shows Phra Khru Palad Wijan Thirangkulo had received 22 KCUC cheques, without its consent. They were worth Bt119 million.
After the embezzlement at the KCUC was exposed, followers of Phra Dhammachayo and the Dhammakaya Temple returned hundreds of millions of baht to the KCUC.
In a related case, the Civil Court this week ordered Dhammakaya Temple and a related foundation to return Bt58.76 million to the KCUC.
The ruling relates to the case of Supachai, who was found to have secretly donated at least Bt1.45 billion of the cooperative’s money to the controversial temple.
Lawyers representing the KCUC are trying to recover money by going after the assets of the temple and a related foundation, the Maha Ratana Upasika Chandra Khonnokyoong Foundation.
As parts of that effort, KCUC representatives successfully petitioned against a public prosecutor’s request for the state to appropriate the temple and the foundation’s assets on the grounds of alleged money laundering.
“The KCUC has the right to object to the request. Also, the court ruled that money in the four bank accounts of the temple and the foundation, including interest, must be given to the KCUC,” the Civil Court ruling stated on Wednesday.
Dhammakaya Temple has about Bt30 million in its bank accounts while the foundation has about 18.76 million.
The temple and foundation had also objected to prosecutors’ request, arguing that they should be allowed to keep their money because they had simply accepted donations from Supachai and knew nothing of his wrongdoing.
Donations had been used for the purpose they were intended, which was the construction of Buddhist structures, according to their claims.
However, the Civil Court ruled that Supachai had been appointed as the temple’s lay-person manager at one point and both the temple and the foundation must have known that donations from him were not entirely about religious faith.
“There is no proof of Supachai’s immense business success for one to believe that he could have donated that huge amount of money,” the court said.
Appeals against the court order must be filed within 30 days of the verdict.