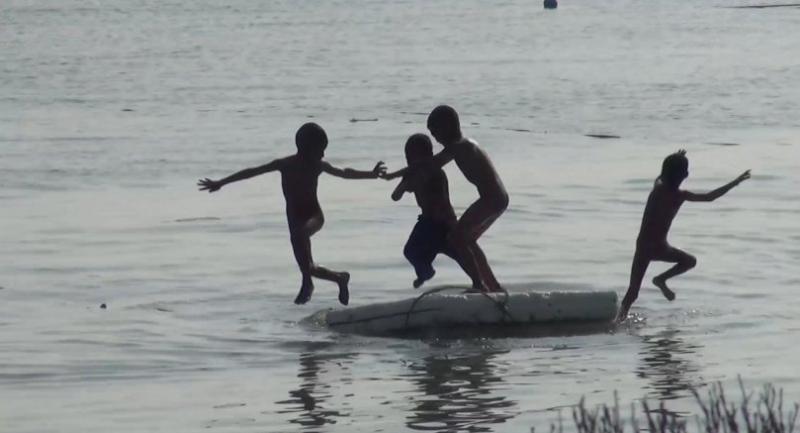 PARENTS HAVE been warned not to leave their children unsupervised in or around water as to prevent drowning during this summer vacation period, as drowning remains the biggest killer of Thais under 15.

This follows tragedies in the Northeast provinces of Loei and Prachin Buri over the weekend.
A search continued yesterday for two local girls, both aged 12, who were swept up in Mekong River torrents while playing in the water on Saturday afternoon in Loei’s Chiang Khan district. Parents of the two girls brought a spirit medium to perform a ritual asking for supernatural help to locate the girls, who are believed to have drowned.
Village headmen and local residents in the downstream areas of Ban Noi, Ban Pha Baen, Ban Bu Hom and other villages also joined the extensive search.
Four children were swept away while playing in water at Kaewng Khu Khot in Ban Noi of Tambon Chiang Khan on Saturday afternoon. Two were later safely rescued, but another two – identified only by their first names of Sudarat and Laddawan – were still missing late yesterday.
A similar tragedy hit Prachin Buri’s Na Di district on Saturday afternoon, when a boy and a girl drowned while in a pond about 500 metres from Ban Khlong Ta Muen in Tambon Thung Pho.
Pol Captain Yuthaphum Damrongtham, a Na Di police investigator, said that as dusk fell on Saturday, rescue workers were able to resuscitate a nine-year-old girl, Mingkamol Ampatcha. They also recovered the body of a seven-year-old boy, Danupat Chuangthip, and the body of another girl, Duangdao Khunkrai, nine, was found about 9pm.
A police investigation revealed that four pupils at Khlong Ta Muen Community School, one boy and three girls, had entered the pond at about 3pm to look for shellfish. At about 5pm, one of the girls, Kamol Buasaeng, ran to the village for help, saying that her three friends were drowning.
According to a Public Health Ministry report, 708 children drowned in 2017 with a spike in incidents during the three-month school break from March to May. Nearly half of the victims were aged between five and nine years old. According to the report, a staggering 10,923 children under the age of 15 drowned during the period 2006 to 2015.
The main cause of drowning is when children play in water-retention facilities in their communities, some of whom not strong swimmers. The children also typically lacked water-survival and resuscitation skills.
Most deaths occurred in excavated ponds and reservoirs, many of which had no warning signs, fencing or nearby life-saving equipment, the ministry report said.