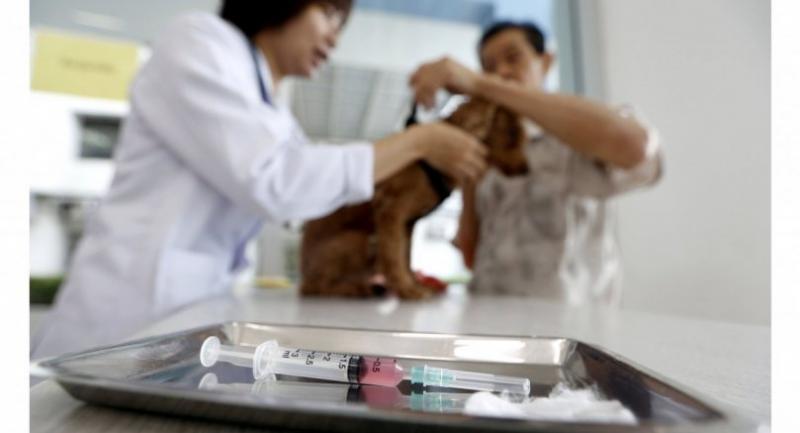 Dr Thiravat Hemachudha, head of the Emerging Infectious Disease Health Science Centre at Chulalong-korn University’s Faculty of Medicine, said that efforts to control the disease this year have been ineffective.
The number of rabies fatalities so far this year has already exceeded the 11 total cases from all of 2017, he noted.
“After the news about major rabies outbreaks earlier this year faded from public attention, many people thought that the problem was solved but many parts of Thailand are still ravaged by rabies outbreaks and the number of preventable deaths from rabies is continuing to rise.”
He said that though the number of samples from suspected dogs and cats that are found to be “rabies-positive” continued to decrease, this is not proof that rabies infection rates have lowered.
There are many potentially infected animals out there that have not been tested for rabies, he said.
Rabies control is also being obstructed by problems with vaccinations. Many local administrative organisations do not have sufficient quantities of standardised vaccines to immunise the local dog and cat population, resulting in efforts to stop the outbreak taking longer or even failing. “I have been informed by many officers in local administrative organisations that as of now, they have not received the new 10 million lots of imported rabies vaccines that Livestock Development had promised to distribute to the entire nation earlier this year. They were forced to use old vaccines to immunise local dogs and cats,” Thiravat said.
“Furthermore, it was also found that many rabies vaccines for animals were poor quality.” The potential side effects could concern pet owners and prevent them from protecting their pets with a rabies vaccination, Thiravat said.

The problems this year are caused by agencies failing to perform their duties, he said. Instead of admitting their shortcomings and asking for assistance, they keep insisting that the situation is under control.
He called on Livestock Development and the Food and Drug Administration to admit their inability and get help and to genuinely tackle the rabies outbreak.
But Wiriya Kaewthong, the director of the Livestock Development Depart-ment’s Disease Control and Veterinary Services Bureau, said the vaccine problems are not solely the responsibility of his department. He said the Livestock Development and Local Administra-tion Department also shares the duty of vaccinating dogs and cats.
“Livestock Development is responsible for only purchasing vaccines to immunise a million dogs and cats, while the remaining 9 million vaccines are the duty of the Local Administration Department to procure to vaccinate dogs and cats,” Wiriya said.
“We also ensure that every vaccine imported by Livestock Development is of a high quality, but these vaccines may have some side-effects to a very few pets that are allergic to the vaccine.”