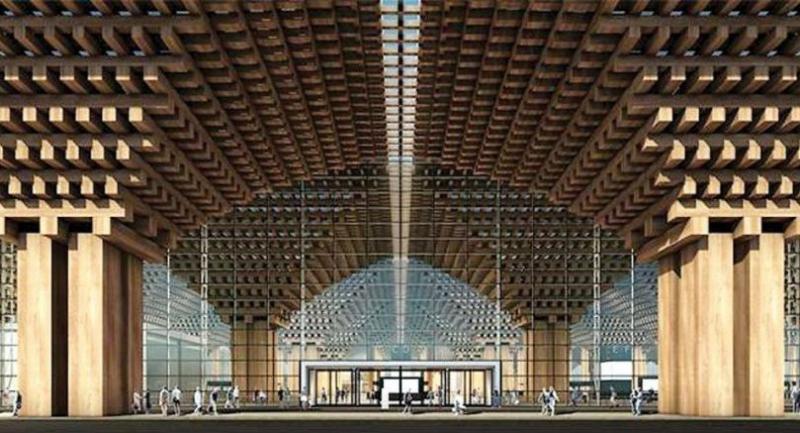 It gave Airports of Thailand Plc (AoT) the warning after engineers and citizens questioned the security of Terminal 2 (T2) on social media.
EIT vice president Kecha Thirakome said the design includes modular structures in multiple layers that, in case of a fire, could allow flames to spread fast.
The “forest” design for the Bt35-billion passenger terminal by renowned architect Duangrit Bunnag and a consortium called DBALP won the nod from an AoT judging panel last month.
The decision was immediately controversial, first facing claims that it plagiarised Kengo Kuma’s plans for the Yusuhara Wooden Bridge Museum in Japan. Meanwhile, another design consortium, SA Group, bidding for the job threatened a legal challenge after it was disqualified on a technicality.
Kecha noted that Thailand adheres to US National Fire Protection Association standards, which ban the use of wood in public buildings such as airport terminals because it’s so combustible. “If this massive wooden structure is allowed, it would violate national construction laws,” he said.
Assistant Professor Chuchai Sujivorakul concurred that only safe materials like concrete, stone and ceramic should be used, and they are relatively easily to maintain as well.
“This terminal should upgrade our airport to ‘4.0’ standards with digital technology including IoT, Big Data and artificial intelligence,” added Associate Professor Anek Siripanichakorn. “We should also be concerned about safety and sustainability, as well as saving energy.”
Neither the EIT nor the Architects Council of Thailand was involved in the design contest. Both have suggested AoT review the design in detail and, if a fresh competition is deemed necessary, include them in setting the terms of reference.
AoT has yet to sign a contract with Duangrit and his team pending consultation with experts and the public.
If the DBALP proposal goes forward, construction of the 348,000-square-metre T2 is scheduled for completion in 30 months and the terminal should be fully operational in 2021 or early 2022. It’s intended to accommodate more than 30 million passengers annually.