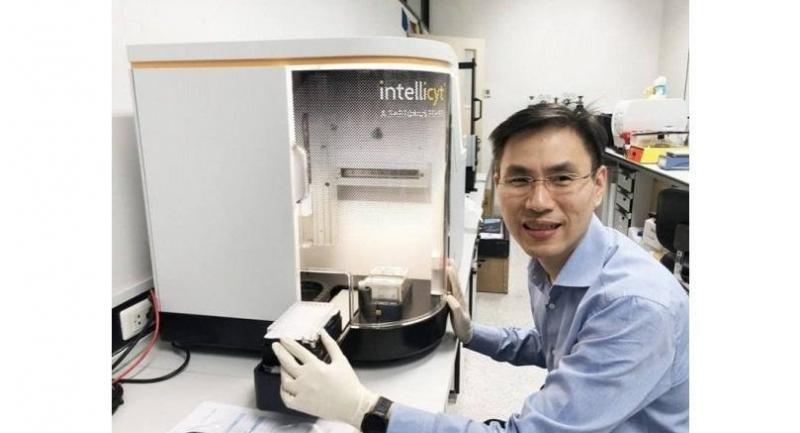 CHULALONGKORN University (CU) is seeking donations for its research into “biologic” medication that can help boost the human immune system to combat cancer.

Meanwhile, the Cancer Immunotherapy Fund is hoping this research by Chula Comprehensive Cancer Centre will help lower the cost of immunotheraphy medication from Bt200,000 to Bt20,000 per dose.
Currently, patients are required to have a shot every three weeks for at least two years to encourage the body’s immune system to combat and control cancer cells, said CU Systems Biology Centre director Dr Trairak Pisitkun, who is among the project’s three principal researchers.
The cost of cancer treatment at present stands at Bt8.5 million per head, but with locally produced biologic medication, it could drop as low as Bt700,000.
Trairak, who previously worked with the US-based National Institutes of Health, has returned to carry out this study with other interdisciplinary experts, Thai collaborators and international advisory teams.
The concept of cancer immunotherapy has been around for decades, but it only became feasible after two breakthrough discoveries.
The first discovery was the use of a monoclonal antibody treatment called “checkpoint inhibitor”, which releases the “brake” that cancer cells use to inhibit immune responses.
This is based on a 1995 discovery by American immunologist and Nobel Laureate James Patrick Allison of how T-cell (CTLA-4) molecules work and the discovery of Programmed Cell Death Protein 1 (PD-1) and PD-L1 inhibitors by Japanese immunologist and Nobel laureate Tasuku Honjo at around the same time, Trairak explained.
The second discovery was using a combined treatment of gene therapy and cell therapy. This employs a genetically engineered T-cell called “CAR-T cell”, which recognises a specific antigen on tumour cells. When the CAR-T cell binds to its target, an intracellular signalling domain activates the T-cell to kill the target cell.
A common procedure for CAR-T cell therapy involves the isolation of T-cells, which are then genetically modified in the laboratory before being returned to the patient’s body, where they multiply, recognise cancer cells and kill them.
Six pharmaceutical giants in the US and Europe further researched these discoveries and developed “biologics”, which was later certified by the US Food and Drug Administra-tion as being effective in the treatment of 15 types of cancer. However, Trairak said, these medications are quite expensive.
In September, Trairak and his team discovered an antibody clone, which lab tests showed to be as “effective as the imported ‘biologics’ medication” in blocking the interaction between PD-1 and PD-L1 inhibitors, so T-cells can attack cancer cells.
He said they were checking to see if any other researchers had found this clone and patented it. If not, then Trairak and his team can use this discovery to develop a medicine right away. However, if this clone is already patented, then they will need to find at least 10 clones to ensure there is no clash with other patents.
Another principle researcher, Dr Nattiya Hirankarn, said she and her team were happy to find the antibody, which is a milestone considering the fact that the university has only invested Bt100 million so far. The researchers are determined to come up with a cancer cure by 2028, provided they can get Bt2 billion to fund their research, Nattiya added.