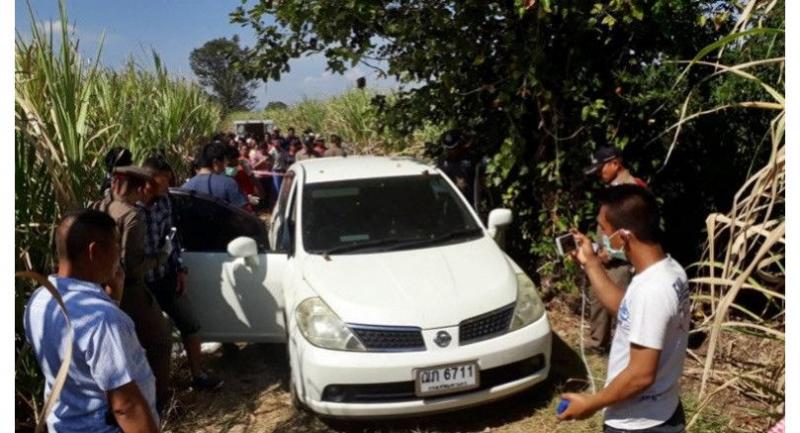 A 35-year-old teacher was found dead in her car in Chaiyaphum province in an apparent suicide on Monday.

In her suicide note, Kathleeya Mukmalee asked police to be careful when releasing the details of her death as it was considered a bad example for others and some may try to copy her suicide.
Pol Colonel Niwat Kamwong, deputy investigator of Nong Sang police station, was alerted by Kangkro district residents of a suspicious car having been parked in a sugar cane plantation for quite some time.

Police cordoned off the area to prevent a large crowd of people gathering at the scene. They found a Nissan with Bangkok licence plate whose doors were locked and windows tightly closed.
Inside they found a woman sitting in the driver’s seat curled up under a blanket.
The rescue team had to break a door to get the body out. Initial checks found no trace of assault and that she died about seven hours earlier.
The cause of her death was still unconfirmed but initial suspicion was that she suffocated because the car’s doors and windows were tightly closed and the car was parked under a strong sun.
Police found she carried a government official’s identity card showing she was a teacher at a school in Khon Kaen’s Nong Rua district.
She also gave her family’s telephone numbers in her suicide note so that police could contact them. Her relatives told police that she had suffered from a major depressive disorder related to family problems.
She drove her car from her house in Nong Rua at about 5am on Monday. Her relatives had tried without success to contact her by phone. They learnt of her death from police.